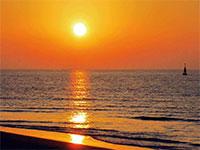 It is cheaper to die in Spain!

But be sure to use a Spanish undertaker.

It is unfortunate, but you can’t complain about your own funeral, not unless you haunt the deceiver.

Of course, the price of a funeral depends on where you live in Spain and what additional frills are added, clearly the cost would be higher in the larger cities, however the Spanish Consumers’ Union puts the average cost about 2,200 euros including IVA.

It has recently been reported that that the high cost of funerals in the UK is under scrutiny by the Competition and Markets Authority while the Treasury is focusing on concerns over pre-paid funeral plans and is considering a move that would mean tougher regulation of pre-paid funerals and is opening a consultation process.

The reason for is that many of the plans on offer do not cover costs such as embalming, limousines, a funeral service, a wake, burial
plots or memorial stones with the result that in some cases, families are left having to find an extra £2,000 (2800€), even though they expect such items to be included.

A number of foreign companies, especially UK companies, are now operating in Spain mainly offering funeral plans, others offer pure insurance cover while others act as intermediaries between consumers and Spanish undertakers. As a matter of facts there are no foreign undertakers companies in Spain.

Many retired foreigners from other European countries who have decided to settle in Spain have taken out funeral cost insurance policies to cover the costs of their funerals, however the best option is first to consult a  reputable Spanish, well established undertaker to estimate the cost of the funeral you wish to plan for yourself, some of the most reputable companies will fix the price whenever death may occur if you opt for a prepaid plan, which could also be by instalments.

I am not afraid to die. I just do not want to be there when that happens.
There is no point in dying!
Why am I not scared of death?