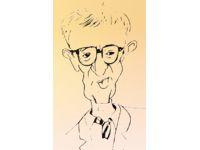 There is no point in dying!

Following last month’s article about not being afraid to die, I had another call from a 70 years old gentleman who amusingly quoted Woody Allen. He then added he had not made any funeral arrangements because he did not see any point in dying.

I really had to go back to basics with him. Having explained the advantages that we all know about pre-planning his funeral, I had to convince him that, like everyone else on this earth, he will die however many hypothesis and theories there are regarding this.

As far as our existence is concerned, like every living thing on this planet, it is the pure and simple cessation of all the vital metabolic activities in our living system, both clinical and biological, even though responding quickly enough to a clinical death (eg. drowning) can prevent the biological death, when the brain cells die due to deprivation of oxygen and final death occurs.

Whether there is life after death or not, whether we come back to a new life after death, no one can say for sure, but one thing that is 100% definite is that the end of physical living will come for everyone.

Why am I not scared of death?
Now that is an unusual question!
Is there life after death?