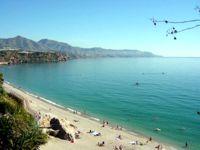 Welcome to the Spanish Costas

It is of no surprise that the Costas have become internationally attractive not just by the number of tourists that visit regularly every year but also by the incredible number of foreign nationals who decide to make Spain their home. Foreign visitors and residents have become the back bone that makes the Costas flourish. 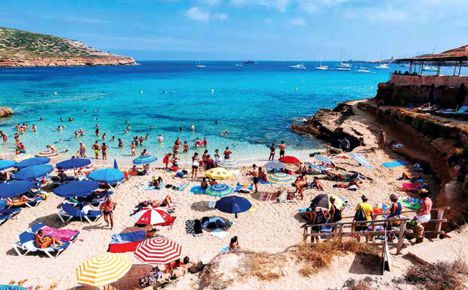 Using English as the most used language to communicate between the different nationalities, including Spanish, one must bear in mind that after all it is Spain whose larger population is Spanish with its own customs, habits and yes even laws which can be very different from what one is used to.

The common denominator is very simple to describe, once you get to know the Spanish, they are friendly, easy to communicate with and, helpful, who can be good, loyal and
respectful friends.

On the other hand one has to be aware of the general every day behaviour and customs that can be disconcerting and even annoying to other nationals. It is probably impossible
to tackle every single one of the in one article but understanding some of the most relevant could be useful to make life easier.

Talking Loud
One of the most irritating things is not being able to converse with my partner at a restaurant, bar or other public place because of someone having a conversation making sure that everyone around is in on it. Mind  you that can also be because they cannot converse quietly on account of so much noise everywhere. It has been stated that Spain is
the noisiest country after Japan.

Opening hours & time
keeping habits When a coffee shop says it opens for breakfast at 8, I expect to be served at 8 and not have to wait for them to turn up, put the lights
on, clean the tables etc. This could well be because workers seem to have their breakfast during working hours, usually at 11 am. Maybe it is their elevenses?
Siesta time is still widely practised after lunch from 2pm to 5 pm in the afternoon, I find it quite refreshing especially in summer but what is irritating is making an appointment
with someone who does not turn up on time or even forgets all together.

Time keeping is a serious problem.
Any excuse for a fiesta. Apart from the summer fiestas of every village, which are a social event that cannot be missed, we now find that that Spaniards will also celebrate any custom followed by ex-patriates like for instance Halloween. Even their Xmas usually celebrated with gifts on the 6th of January is now also done on 25th December.
Staying up late is part of daily life in Spain even dinner is usually at 10 pm. The night does not end at 2am and work is mañana, when we could be late. Some pride themselves
of going to work after being up all night.

They like to be in a crowd
The Spaniards are very gregarious and they all go out for a stroll at the same time and usually to the same places. Sometimes with friends, and other times with family, but very rarely alone.

Jumping the queue
Of course, people will queue, but the annoying part is when someone just walks in in front of you with the excuse they are
asking a simple question and end up having a whole conversation being indirectly attended, while you are left standing there fuming.

It’s always someone else’s fault.
Everyone can make mistakes it is a human thing to do. You will find it difficult to get a Spaniard to admit his mistake, often accusing you of causing it or indeed someone or something else.

Putting used toilet paper in the bin
Do not be surprised if you find a bin full of used toilet paper in a public lavatory. Thank goodness it is becoming rarer, however there are still some old buildings about with narrow piping and sceptic tanks where toilets cannot be flushed without blocking the system.

Not picking up dog poo
Although they say that stepping on a dog’s poo a sign of good luck, I am glad that the local councils have now introduced some hefty fines, to stop this most complained habit.
Jumping at zebra crossings The sensible thing is to remember to look before crossing to make sure it is safe because cars travel on wheels and cannot stop dead, or might not have seen you due to obstructions. No chance! The Spanish seem to think they have priority over cars no matter what and will jump on the crossing right in front of you. Some serious education is needed here.

Hazard lights are an excuse for anything
Drivers will stop and leave their cars anywhere with flashing light on including roundabout, pavements, footpaths, in the middle of a one-way narrow street and even just behind you stopping you from moving from your legal parking place. There is nothing more infuriating than being blocked in, but of course it is all right because their hazard lights where on.

I am sure these peculiarities and many more may require a lot of understanding and in some cases patience, but we are in Spain! So enjoy! It can only get better.