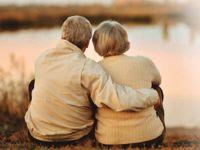 Why am I not scared of death?

Now that is an unusual question!

“I have taken care of all my funeral arrangements with Francisco Camero, as you well know. I selected the type of funeral, the method of my burial, the type of ceremony, music and even guests’ list. I paid the cost of it all with one of your ‘Dignity pre-plans’ so as not to give anyone the trouble after my death and… to make sure it is done my way. I have done all this thinking about my inevitable end, yet I am not scared! Almost everyone I have talked to seems terrified about dying, why am I not scared?”

While most of the questions that I am asked deal with the fear of death, I thought that this question put to me recently was quite out of the ordinary. Of course I cannot disclose the identity of the person nor can I say what was discussed in detail apart from the comments that follow.

The most relevant aspect of all this is that this person has accepted the inevitability of death and disposed of one of the main worries regarding what happens immediately after death. Some say that once you are dead, you are dead,but all the same there is a concern as to what problems one leaves behind for the survivors and whether the remains are dealt with according to one’s wishes and beliefs.

Past that, it is useful to take a hint and decide in advance when you think you should pass away. Like making your own horoscope and predicting a date as far ahead in the future as possible and stop worrying about it until that day, which may probably be well past your prediction. There are many ways and products aimed at stopping aging, so turn your attention to these to help you determine as far ahead a death day as possible. When death comes, you won’t be there and when you are there it won’t come.

Thomas Jefferson summed it in saying “Death is something to be expected but not feared of ”.

Is there life after death?
The eternal question to which nobody seems to have an answer.
Decided to spend your last days on the Costa?