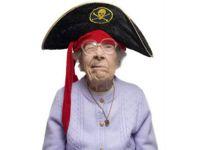 Making a living in Spain

It is well worth doing it well.

Initially most of the residents on the Costa were retired British pensioners. As residents in ever increasing numbers with needs to live on the coast, they created a market for home repairs, food needs, etc.

Available markets attract suppliers, in this case with the added bonus of climate and cheaper living. First came the cowboys, that’s the guys who made you believe they were experts and better than anyone at what they did. These mostly comprised builders and decorators, would-be financial experts, pension and insurance brokers and some but very, very few mortgage brokers (and that’s because you needed to speak Spanish to deal with lenders).

To be fair, some were genuinely seeking to build their own little business while learning from their mistakes and improving as they went along, they were pioneers with no competition at the time. Learning at the expense of the consumer was marginally tolerated as long as the intentions were good.

But then there were the others, those who just did it for the money and for the day, the hell with the consequences. They included most of the p..s artists, who couldn’t get a job
or keep it and those who just did it because they were, quite simply, dishonest. Up to some years ago, all these fantastic traders and service men who, by the way, did not speak
a word of Spanish, only had one market, the foreign residents market of the Costa, using the English language inspire confidence.

Although the Costa del Sol is still a small market, it has now evolved substantially; with the amount of growing discontent in other countries, the attractive Spanish climate and food as well as lower prices the ranks of foreign residents of all nationalities have grown substantially. The Coast without its foreign residents and foreign tourists would especially after the chaos created by Brexit.

Does this mean that things have changed? Hell no! It just means that there are more people at it with an additional slant to it. What I mean is that, in addition to watching out for the above described cowboys, you now have to realise that the number of opportunities available for new businesses is reducing fast with the result that the newcomers are creating a surplus supply of goods and services that are not really needed.

Despite the fact that the market has grown  and has become more varied the number of businesses competing with each other has grown out of proportion usually in the areas of business that does not require much capital to get it started. I mean, have you noticed the number of estate agents that have cropped up everywhere? What about the mortgage brokers and financial advisers? Isn’t that ludicrous when in fact you are probably better off dealing with any Spanish bank direct?

To make things worse, the Spanish residents have learned to communicate in English and have learned how to cater for the foreign residents. What I believe needs to be realised is that after all this is Spain. Visiting Spain on a holiday is very different from living in it. Apart from the language, which is essential for dealing with banks, tax departments, the
law and the way things are done can be very different from what one is used to in other countries.

Anyone not able to run a successful business in his own country should forget about trying it  on the Costa where it is actually much harder. It would be more beneficial all round to offer one’s skills and services to an employer. Just because it has worked somewhere or because someone else is doing something succesfully it does not mean that it will be so for you. How can it possibly bebetter than what others have already been doing for years?

There is a genuine demand for good, loyal, trustworthy employees. Unfortunately the lack of such quality employees over the time has made employers very wary. Why not stick to what one knows, earn the trust and let the more experienced employer do the rest and save getting all that egg on one’s face when the money actually runs out?

Wages may not be comparable with UK or Germany salaries but they certainly are adequate to keep in with the standards of living one is used to at home, probably even better. Just because we are on the Costa it does not mean that we can start leading the life of Hollywood film stars overnight. The real bonus is the healthier and happier life.

Because of the growing level of businesses and competition between them it may sound like good news for the consumer when the cheaper price becomes the buying motivation, unfortunately this can backfire because when prices are reduced below their real worth, quality of product and service has to suffer.

A last word of advice for consumers, avoid businesses with no address and showing mobile numbers or using accommodation addresses and P.O. Boxes, they can vanish overnight. If they do not disclose their whereabouts they are hiding it for a reason. 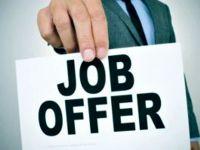 We would welcome a good representative
We have been looking for an honest & dedicated rep for the last 18 years
I am looking for a job!! - Busco trabajo