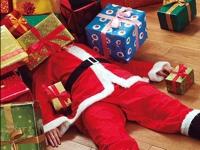 So welcome to 2018! Did your Christmasgo as planned? Was it really perfect? Or are you still seething about distant relatives you sent cards to and never got one back? Or are you complaining about sending Aunt Nell a well thought out and over budget present only to receive back a basket of cheap smellys and some oil filled capsules? Truthfully we don’t give just to receive; well I don’t, I give to show off and make others realise just how cheap and tasteless they are.

What makes you think that one day in every year you can bring together kids, parents, brothers, sisters, a pair of bitter childless couples, relatives that nobody else wanted and create a perfect Christmas card, a Victorian Christmas? You know, snow up the windows, children playing together quietly with a wooden train and spinning a
wooden ball, grandma sleeping quietly in a chair and a big glowing fire crackling away, giving everyone a rosy glow on their cheeks. Come on! Wake up and smell the coffee!

In those days those people were grateful if they could eat on Christmas day and that little Tom was still alive and not taken away because of a particularly bad case of consumption, while dad still had his job down the mine and granddad’s hands were still nimble enough to whittle out a wooden train, ball and stick and an occasional doll’s
house.

What joy not having to look at the miserable spotty face of a teenager because he never got the right computer game. Or the daughter, who got the latest mobile phone, but glares at you because, after doing without for yourself, you provided it with a mere pay as you grunt card.

How sick are you of being told by granddad that in his day there was no need for batteries which cost more than the toys and when everything run on dynamos even the light on his bike. Well why not take away his battery powered wheelchair and see how he likes the good old fashioned dynamo?

O.K., O.K. that’s what you are thinking if you’re anything like myself, but just don’t say it, you know it would be a right party pooper.

What about the in-laws? Nine times out of ten you go out of your way to be nice just to keep the peace, only for her to get much cockier and well above herself and treat you even more like a simpering fool. Is she really that stupid so as not to realise that you are acting and that as soon as she is out the door her son will suffer?

Well here is the trick for next year. Agree she cooks better than you and arrange for her to be in the kitchen all Christmas Day, after all nobody cooks like mama! While you are at it, get granddad to make the sulky teenagers toys work without batteries. Slip grandma alcohol as soon as she arrives and the chances are she will sleep all day. Buy the kid F..k all because, let’s face it, they complain, sulk and moan no matter what you do.

Ah! The husband and yourself, why not grab the car keys and escape at least for a country drive and a MacDonald, listen to your favourite CD from your pre-kids and inlawsdays, park up and enjoy. Hopefully the in-laws, kids, grandparents, etc will be too proud to admit they can’t cope without you and reunite whilst discussing how impossible and selfish you are. I bet they will be glad when you return preferably about midnight or later, so think on and prepare for 2019. 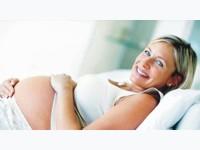 Go forth and multiply!
Well that was the general idea butÂ… whatÂ’s happening? Ask the Prickly Pair.
Mystic cures on the Costa