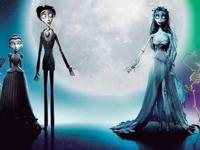 How to find your partner at a Halloween party

Imagine going to a party dressed up as Tinker Bell and encountering Peter Pan. You have to at least snap a photo with your other half ... but maybe thereÂ’s potential for something more. Or not!

Finding romance on Halloween can be tricky, because costumes can deceive. On a day when dressing in a ludicrous manner becomes the norm, plenty of people jump at
the chance to become someone else and play a different character for one night.

I recall about 20 years ago at a Halloween party, someone I know came dressed as Pebbles from “The Flintstones” and there she spotted someone dressed as another member of the Stone Age family from Bedrock. He looked just like Fred Flintstone, he had black hair and a husky build and wore an orange top with black dots and black tights. The two thought it was a funny coincidence that they were both dressed as Flintstones, so they decided to go on a date.

Singles looking for romance at a Halloween party should put some thought into the messages their outfits may be sending. What you choose to wear on Halloween may not reflect your true self, but it can still say a lot about you. Experts offered a few tips for how to pick a costume.

Consider who you want to attract. For women, wearing a risqué outfit, like a sexy nurse or cheerleader, may send the message you’re on the hunt for a one night stand,
which is fine if that’s what you want. A sexy costume will invoke a sexual response.

A clever costume is going to invoke a response from people who ‘get it’ and like “it”. Costumes that require a little more thought have a better chance of sparking a conversation. Be creative, but not offensive. It is recommended to wear costumes that are timely and with reference to what’s going on in the news or pop culture. ut be careful not to be insensitive. For example, it would be a bad idea to dress as anything related to Ebola or the Islamic State militant group.

Don’t hide your face. Masks and heavy makeup can make the costume, but they’ll reduce your odds of meeting someone new. Camouflaging your face can make you less approachable and cause any encounters to be fleeting. People might stop to take a picture with you, but they are not likely to stick around to meet the person underneath the mask.

Dress for your body type. Think about your best assets and find a wardrobe that highlights them. Bell-bottoms are routinely flattering for those with pear or T-shaped bodies. People with square or round body types should opt for clothing with an even, boxy shape throughout. Pull from your wardrobe. Halloween is only one night a year, so there’s no reason to shell out for an expensive costume. Take stock of your wardrobe and play around with different pieces or head for the charity shop.

For a 1950s look, women can combine a flowing skirt, collared blouse and pearls with an updo hairstyle; while men can channel Don Draper of the early “Mad Men” seasons by wearing a tailored suit and tie, and hair smoothly combed with gel cream, a fedora hat and briefcase would be nice additions.

To flash back to the 1980s, wear anything and everything neon, and layer as much as possible. A couple of clever costume suggestions could be Theresa May with a P45 in her hand or dress up as the ghost of Monarch Airlines.

On the other hand you may just want to try and find your other half or even go the party with your partner and the most researched costumes for couples are:
• Bonnie and Clyde
• Beauty and the Beast
• Forrest Gump and Jenny
• Lilo and Stitch
• Tarzan and Jane