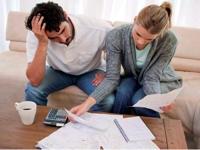 Get your bank to toe the line

With the excuse to monitor fraud and money laundering, governments have made it a necessity to have a bank account to justify your income and savings. But then of course this gives the banks (and the tax office) the opportunity to see what is really not their business and an opportunity for banks to abuse their position, particularly with foreign nationals who are not totally familiar with Spanish law and often have a language barrier problem.

To start does you bank take too long to release transfers to your account? Especially when you issue direct debit to collect payments? The excuse for holding it back for 1 or 2 weeks is that the debtor, within his legal rights, might cancel and ask for the money back. In reality the debtor is entitled to do so within 90 days, so this means that the bank is using your money free of charge before allowing you to use it.

If you are late to pay your monthly loan instalments or mortgage, you get charged a penalty usually well out of order. The truth is that banks are not really entitled to charge penalties of this nature unless part of the agreed loan terms. Also beware of improper commissions charged.

The initial course of action is to ask and even negotiate with the bank the charges that may be applicable to your account, preferably in writing. In the case of a complaint, the first course of action is to the bank’s Customer Service Department, they have up to 3 months to reply. Unfortunately banks in Spain generally tend to ignore complaints, they are well aware of the time it takes to go through the legal channels and the costs involved.

To take the matter further, consumers can forward the compliant by post to the Bank of Spain at Servicio de Reclamaciones, Banco de España, Calle Alcala, 48 28014 MADRID. Telephone: 901 545400.

The claim should be resolved by the bank of Spain Complaint Department within 4 months from the presentation date. The number of such complaints goes into thousands. But, even after a successful investigation on behalf of the customer, the banks still tend to ignore the ruling made against them.

The alternative course of action can be to make an official consumer’s complaint. Like any business, banks must display a notice stating there is a “Hoja de Reclamación” (Consumers Complaints Book) on the premises. It is an offence not to display it and they cannot refuse to provide it for you to fill in and sent to the local Consumer’s Complaints Department. What might be even better is to ask to fill a bank’s complaint form too because this could actually count as points against the manager of the branch who might prefer to resolve the problem at the time.

Fortunately it would seem that banks have exceeded their abuse well beyond some boundaries with the result that the complaints escalated high enough to reach the Supreme Tribunal where final and not open to appeal judgements are finally passed.

We have all heard of the Clausula del Suelo in respect of mortgages. Whereas it is normal practice for banks to charge their interest on top of the flexible base (usually Euribor), some banks have included a conditioning fixing the base with the result that borrowers are denied the benefit of a lower interest when the base drops.

Some banks have also gone as far as charging a life cover premium to be paid in full and in advance for the whole term of the mortgage, usually added to the mortgage
sum borrowed. This has also been declared illegal, especially when you consider that the insurance company is the bank’s own.

It would seem that the Courts are certainly not looking at banks favourably. Under normal circumstances, failing to pay the mortgage for 3 consecutive months, entitles
the bank to demand full repayment or repossess the property. However, at least in Malaga, the courts have suspended the clause pending removal of the abusive clause
and also clarification and possible modified criteria applicable in instances of repayments shortfalls.

New legislation is also good news for the victims who have paid deposits to developers for properties offered on plan and which were never built or completed due to another Supreme Court Ruling in December 2015.

When the market dropped, developers declared themselves bankrupt so as not to have to pay back any deposits taken propertied sold on paper (ghost properties). Those who decided to sue the developers after a long and costly legal battle have failed to recover their moneys. Only those who had a bank guarantee managed to recover their investment, however the Court’s ruling orders that the banks, regardless of any guarantees, had obligation to safeguard buyers’ money.

Even if you have failed to claim against the developer, you can still take legal action against the bank for the reason given above. The deadline for claims is 7 October 2020.

All these claims also entitle you to claim compensation for any costs incurred for legal action to recover your money. The recommendation made here is that you seek a Spanish lawyer to deal with Spanish law and preferably one who will not charge you for costs at the outset but who will charge the bank on successful accomplishment. 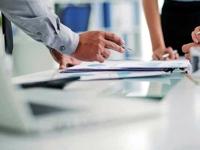 Can I issue an invoice without being registered
The situation can easily arise. You get an opportunity to do a small job for a couple of days. You are asked for an invoice but you are not registered.Can you do that?
New Social Security Contributions

A can of worms

Introduction of NEW MEASURES to help the self employed

THERE ARE EXEMPTION WHEN SUBMITTING A TAX RETURN