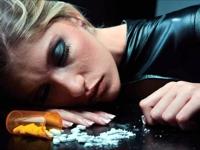 The newspapers in the States are reporting that an epidemic of drug abuse is on a serious increase, particularly in the Stratton Island and Long Island areas of New York.

I have no doubt that this is true however I believe that drug abuse and drug usage is just a general definition of the problem which I think goes deeper.

Drugs affect people in different ways depending on the individual’s physical condition or mental condition and the frequency of usage. In some cases even one single incident can trigger off hallucinations and other symptoms that are more akin with some types of mental illness.

We know that there are drug dealers and pushers out to make money by inducing victims to become addicted. Naturally victims try to look for answers for the voices
they hear and visions they see; they search the internet, they ask for explanations for their illusions, not realising they are just illusions.

This is when they fall victim to another type of predator ranging from a simple sale of an expensive but worthless item that will help the victim in some way. The grateful victim will then be invited to make a donation for the cause, which in their minds may save the world while brain washing them to join a community and donate all their possessions.

These parasites seem to be online on social pages and youtube. I believe this is exactly what is causing the epidemic. This is the vicious circle that needs to be broken.
Communication via the internet is a wonderful tool for our modern society, but is can also be destructive in the wrong hands. Legislation and severe punishment ought top be introduced to curb this thorn in our society.

Of course not all the symptoms are related to the usage of drugs, it may just be the result of mental or physical ailment leading to mental illness. Before coming to a definite conclusion one should also look at the other possibilities that display the same or similar symptoms.

Starting with hallucinations, the sensations that appear real but are created in the mind, can affect all five of the senses. For example, hearing a voice that no one else does or seeing images that aren’t real. This is why it is essential to seek a medical diagnosis to be able to deal with the problem adequately. Searching the internet for spiritual or extraterrestrial causes will only aid to flare the epidemic.

The causes can be due to mental illness, the side effects of medications, or physical illnesses like epilepsy or alcoholism. Once the cause is identified, treatment may quite simply be psychiatric, with medication and even with some changes for a healthier life behaviour such as getting more sleep.

There are different causes for hallucinations:

HELP YOURSELF.
If you only suspect that your perceptions may not be real consult your doctor right away and make sure. It’s a simple examination with urine and blood test and possibly a scan.

If you know someone who is hallucinating, don’t leave him or her alone. Fear and paranoia triggered by hallucinations can lead to dangerous actions or behaviours. Take to or convince them to go to the doctor. The doctor will be able to recommend the best form of treatment once the cause is identified. This could be in the way of medication and even possible psychological counselling.

Recovery from hallucinations depends on the cause. If you are not sleeping enough or you are drinking too much, these behaviours can be adjusted easily. If the condition is caused by a mental illness, like schizophrenia, taking the right medications can improve hallucinations significantly. By seeing a doctor immediately and following a treatment plan, it is more likely to have a positive long-term outcome.

I would strongly recommend watching a particular film. “A beautiful Mind”. Although some of the scenes may be typical Hollywood cinema, nevertheless it is the true
story of John Nash the Nobel Prize winner in economics.

A brilliant mathematician, a genius, who was diagnosed with paranoid schizophrenia, his mental illness at first began to manifest in the form of paranoia. Nash believed
that all men who wore red ties were part of a communist conspiracy against him and he also mailed letters to embassies in Washington D.C., declaring that they were establishing to take over the government.

A person suffering from this disorder is usually dominated by constant, paranoid, fixed beliefs that are false, over-imaginative or unrealistic. These are accompanied by
experiences such as visions or perceptions seemingly real but that do not actually exist or happen: Lights flickering on and off, someone moving upstairs, the television
switching itself on and off, moving objects with one’s mind.

When John Nash realised that there was a slight possibility that it was all happening in his own mind only, he finally accepted the need to seek medical advice, thus he
continued with his successful career and even won the Nobel Prize for economics.

An interesting story and very real!

Unfortunately today the speed of communication due to the internet is such that it opens the way to some of the most lowly and unscrupulous people, whom I call animals without a conscience or soul to account for.

No, they are not possessed by demons as some would try and make victims believe, no there is no grand plan to create a new world instigated by aliens and demons working with the government, these bastards are quite simply perverts of society, cancers that should be removed and punished for abusing the unsuspecting.

There are laws to deal with murderers, thieves, robbers and perverts now we must stop them using the internet as their tool of destruction, especially with the mobile
phone, a useful modern communication tool, which was invented by intelligent people for an intelligent modern society, unfortunately also used by terrorists to detonate bombs and launch their murderous terror attacks.

I am sure that there is a solution that caneliminate or at least substantially reduce these illicit activities. 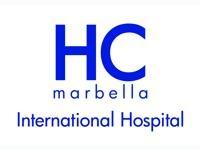