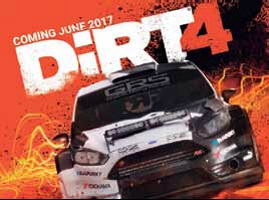 Dirt 4 will build upon the team management systems introduced in Dirt Rally and Grid Autosport, with the player hiring personnel to repair the car, oversee the day-to-day operations, and boost the team’s profile to secure new sponsors. Players will also be able to buy and sell new and used cars, with previous results and accident histories affecting the resale value of the car. 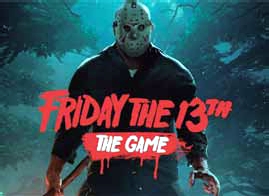 FRIDAY THE 13TH: THE GAME

The game is an asymmetrical multiplayer video game, with up to eight people able to play in one game. One player controls Jason Voorhees, while the remaining layers control camp counselors at Crystal Lake. A player may also control Tommy Jarvis, who becomes playable when certain conditions are met. Jason has heightened hearing and vision, with him being able to teleport anywhere the player wants. The objective of the counselors is to escape from the camp or survive until time runs out on the
session, while Jason’s objective is to kill all the remaining players.