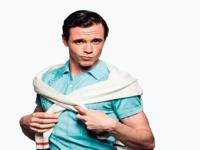 Personally I have never pretended to be someone I am not and you get what you see. I always did the job I have been trained for and always tried to do it better. Doing your job right and well is all you need to do.

However, living here on the Costa del Sol, I can see how tempting and how easy it can be to be someone or something else. With a bit of P.R., a lot of charity event attendances and quite a lot of bullshit I could have been a descendant from German aristocracy with Jewish ancestors and quite easily be known as Prickly von Cohen.

But there is a trick in reinventing yourself in the first place and this is that you must inject just a tiny amount of truth, just a little something that appears reasonable but that cannot be easily checked.

Living on the Costa for the number of years that I have, I have seen some incredible transformations; from some rich business man’s humble bit on the side mistresses to company directors of all types of businesses, normally something of which they know nothing about, yet suddenly they seem to have studied and trained for it since childhood.

Businesses usually set up with payoffs from said rich men when they were replaced by younger models or when they decided to stay with the smarter wife, when the mistress was the cheaper option out (no kids).

Common sense should also tell these transformers, as I call them, that if they used one organ on their bodies to get where they are, there’s no point now trying to use another organ (the brain) to suddenly become the female version of Stephen Hawkins.

Some typical examples of transformations are:

Mind you this trend also seems to encourage men to be something they are not. The cowboys’ era on the Costa del Sol is not over. If my partner wore a turban with a false ruby and hire a luxury car, could he be taken for a rich and wealthy millionaire from the East? Worthy of free credit?

Next time I see you out and about and give you that knowing wink, you’ll know I have transformed momentarily into being discreet as usual. 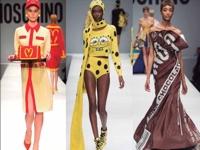 What Fashion Sense
Now I can fully appreciate that we are all different, and there are those less fortunate than myself (being blessed as I am with exquisite taste) who may look forward to shedding their winter coat with trepidation.
Where does charity begin