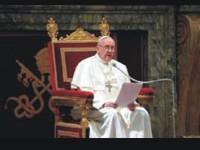 Does the recent R. Catholic ruling on ashes affect you?

I remember my mother telling me that her wish of being cremated stemmed from her fear of being mistakenly buried alive.However this is not a common reason for people choosing this funeral option. There are concerns of burial costs, the rising lack of burial space, the “recycling” of graves, as is happening in London and elsewhere.

The Pope’s ruling has brought this subject to the fore. The Roman Catholic Church belief in resurrection at the end of times has delayed its acceptance of cremations.
Its firm position on respect for the deceased is equally applicable to the ashes, which is why it does not accept scattering nor separating the ashes. And keeping them “on the mantelpiece” is not conducive to meditation and respect.

Its statement indicates that the ashes must be buried in consecrated ground, or at least in an official cemetery and, if kept at home, in a place of meditation and peace.

Nothing changes for the non Catholics, not even in Catholic Spain where such rules only apply voluntarily to the believers. Almost all cemeteries are State or privately owned and the chapels therein are either ecumenical or non-denominational therefore in no way does this Papal ruling affect any legal and practical aspects of funerals in Spain.

Planning ahead for the inevitable is always best, but do plan with a reputable and established funeral director who will ensure your wishes are respected. Sensible pre-paid plans schemes are available as opposed to insurance schemes from non qualified funeral “experts” that will also sell house and dog insurance.

There was recently reported in a local paper that a woman (presumably British) died in a hospital in Alicante, she had no relatives or friends and she is left in the mortuary for over a month while her neighbours are trying to find someone who will pay the cost of her burial. This would have been avoided with a timely visit or phone call to Camero Funerals. 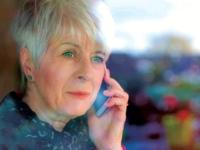 Dont just die on me.
Talk to me first!
Why Plan my funeral

Consider your familys stress and you own R.I.P