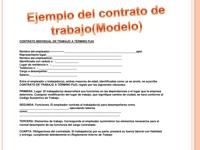 The difference between temporary and permanent employment contracts

Temporary Contract
It is when both parties agree a termination date. It can be part-time or full-time.

The reasons for for temporary work can be:

After 2 years temporary contracts become permanent (or 24 months of work in a period of 30 months).

Indefinite Contract
When an ending date is not specified.
It can be part-time or full-time. This type of contract can also regulate seasonal jobs. For example: A camping area opens only 7 months per year. The staff has indefinite contracts but only works during the period
of activities.

Contracts must state the number of hours daily, weekly, monthly or yearly and their distribution in a time-table. Unless specified the contract will be interpreted to be full time.

Any type of contract can be converted to an indefinite contract by written agreement or ‘de facto’.

The indefinite contract is ideal for providing a sense of stability and workers’ security that will contribute to company loyalty and a greater responsibility. There are some incentives for companies to enter into indefinite contracts. Such contracts are favoured with a reduction in the social security cost and, in some cases, with tax deductions.

Despite this, employers are often reluctant to enter into an indefinite contract even if at first they do not have ‘temporary vacancies’ Perhaps because:

Some considerations - Pros & Cons
Is entering into an indefinite contract that risky? What is the cost of failure? You can always dismiss an employee if things do not go as expected, even if you signed an ‘indefinite contract’. This might be due to
cutting costs or just because you decide so.

Of course, the worker is entitled to be given fair notice (though this is not mandatory in every case) and to a fair compensation, redundancy payment. This is true for temporary contracts too. The giving notice depends on the length of time he has worked. Indefinite contracts with a one-year trial period do not require notice during the trial.

The cost of redundancy payments in terms of daily wage per year, depending on the reason for the dismissal, is:

Obviously the first cannot be the case of an ‘indefinite contract’, in the second case, a judge has to declare the reason to be ‘objective’ if the worker does not agree. If the company decides that it cannot afford the worker anymore and it dismisses him without his agreement, the redundancy payment will be 33days of salary per year of work in the company.

A cheaper option is to stick to a temporary contract followed by another relying on a termination date with a redundancy of 9 days per year. However this is illegal, as soon as the worker brings it up to light the
company will have to pay the balance, plus assuming the risk of being fined.

To remove any undue fears, consider that the company needs not to pay ‘finiquito’ in dismissing a during the trial period which can be up to 1 year in some types of indefinite contracts, as mentioned above.

In LimitConsulting we can assist you beyond doing your paperwork. Get practical advice 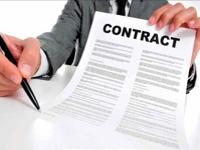 Be Prepared for Work Inspections
A work inspector will appear in your premises totally unexpected and, after someone close to you. showing his identification, the first thing he will do is to take down the names and NIE of everyone working in the premises.- By Limit Consulting.
If you are buying and selling on internet...

The 5 advantages of trading through a limited company in Spain.