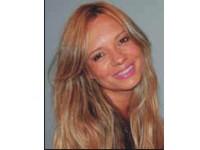 I can’t imagine how devastating it must be to learn you have cancer! I would imagine that such a discovery would set off a great fear of the unknown ahead. Will you survive it? What about your family.… and the Children?

Ana Martin, a single mother of two, told me that when she discovered she had breast cancer, her whole world fell apart. Eventually the only good news she was given is that she would probably survive after a mastectomy and chemotherapy. She was lucky to have a best friend that helped her out through the ordeal but saving her life left her with scars difficult to live with especially as an attractive 39 years old.

Not willing to give up on her new lease of life, she started researching for ways and means to restore her looks and particularly the loss of hair due to chemotherapy but it all had to be natural or at the very least look natural and undetectable.

After her extensive research and trials she acquired such knowledge and expertise that induced her to help others.

In her spare time as an estate agent, she started visiting hospitals and talking to cancer patients offering hope and consolation, especially to women that were undergoing treatment because women in particular are very concerned about their looks and what happens later.

She has been welcome everywhere so much so that she will also visit cancer patients at their own home. 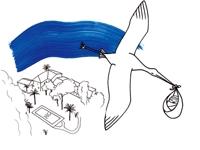