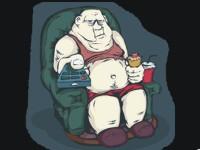 Such a turn off

Is it just me that has noticed? Are we now into a generation of stupid people? That is the kids of today and even their parents? I think so!

On one of my rare days off, I happened to switch the television on and I chanced upon show after show of sad losers. You know the ones! Normally two old sl - - s fighting over an incoherent manky toothed, spotted face, drug taking excuse of a man. Apparently he has impregnated one old dog while in a relationship with another old dog. Or did he?

Bring on the lie detector! I assume after hours of questioning, and that’s just to get his name right, he will or will not be proven to be the father (Poor child!). It is at this point that he will normally say:- “If the kid is mine, I want to step up to the mark.” Step up to the mark? He could not even step on moving stairs up to the next floor!

Why does Mother Nature give these zombies a bigger sperm count than brain cells? I am sure something has gone wrong here! If it is proven that the poor mite is his, he will state that he wants to look after it. After it? Most of them can’t even pull up their trousers! What he really means is that he would like to move in with the mother as they would both like the taxpayers to look after them.

And these are the people allowed to vote the UK out of the EU? What the f..ck do they know about business, employment or earning a living? And what’s the point of the program Loose Women? A group of old has-beens, pretending to be hip, sexy and interesting. Go home ladies please, and clean the oven or do something useful! If you are still loose at your age, it’s for a reason, unless you mean medically and that just comes with age, my loves. 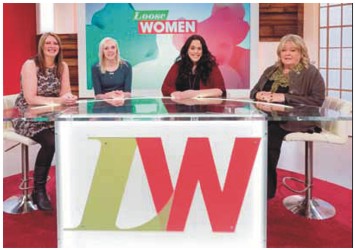 Remember Dancing on Wheels? It’s like dancing on ice but for people on wheelchairs. Surely that should be hand jiving on wheels, dancing normally involves arms and legs, unless you are Heather Mills. I never noticed her twisting again like last summer. No wonder it’s not on any longer.

Kill it! Cook it! Eat it! That’s not new! Isn’t that what man did after advertising on the net a couple of years back or Denis Nilsen or even Hannibal Lecter!

What about those agony aunts who pop up on various daytime programs? These women are normally so lonely they take on other people’s problems. Should one assume they have no family or friends of their own? How Sad!

Anyway it’s high time they start showing some interesting and entertaining programs on TV. Just a quick mention of c- -p in the attic, as an instance. Just because it’s old it doesn’t mean it’s valuable. Look at Peter Strringfellow and Bruce Fosyth, for example.

Egg Heads? More like kb heads! Yes you know whom I talking about. P.J. I bet you were well bullied at school!

On my next day off I think I shall stick to a good book! 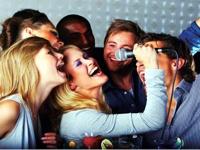 Dont even try the X-Factor!
So, Friday night has come around again
Are you looking for a relationship or a one night stand

Watch your figure, its almost summer.

Alternative Medicine on the Costa