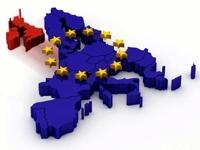 OUT of the pan INto the fire!

Within 24 hours of Brexit, the pound crashed to its lowest level since 1985, more tax payersÂ’ money is promised by the Bank of England to rescue banks, the UKÂ’s credit rating was changed from stable to negative, $2 trillion were wiped off the global markets and it looks like we are now looking at the break-up of the UK with a renewed request for Scottish independence and God knows who else.

If Boris Johnson and Nigel Farage think they have an opportunity to be elected after creating this disaster with false promises and lies they have another thing coming. Who can trust a politician that lies to peoples’ face and within hours of achieving their objective admit lying by back peddling?

From where I stand they bamboozled the large number of the lesser informed population with lies about immigration, and much more thus working them up to come out in strength to vote OUT despite the fact that the two opposing party leaders wanted in.

It is ironic that the French Prime Minister regrets Britain’s decision to exit the EU and he if offering all his cooperation to ensure that the separation is carried out as smoothly as possible and according to the rules. How magnanimous considering that the British application to join the EU was vetoed by France twice, in 1963 and again in 1967. It was not until 1973 that the United Kingdom could join the EEC with Denmark and Eire. In 1975 a 67% vote was recorded in a UK referendum to continue with the membership.

Let’s look at some valid facts to be taken into account:-

Immigration is not a problem related to Britain alone it’s a problem that is currently plaguing all of the better off EU countries and it has become a problem through pure and simple political mismanagement.

I believe that it was essential to resolve the problem of immigration from 3rd world countries before allowing the poorer EU, now members, to join. Had there been a solid agreement and strict measures put in place jointly in the first place the problem would have been contained, not as a result of racial or religious discrimination but as a matter of self preservation.

You cannot put the blame on any of the members individually; however Britain is clearly to blame as an individual being the only one with a clear borders definition and not being able to manage its controls and… in abandoning “ship” leaving the EEC without any discussions.

10 - The NHS is another excuse used to deceive. Other EU countries seem to cope rather well despite the out-of-proportion attendance and demands made to their hospitals and doctors. So why is it that the British NHS is constantly in trouble? No, it is not 350 million a week it needs! Enough with more and more money to be followed by excuses and more excuses for more money. What about some sound and efficient management instead?

Knowing just these few facts the recent referendum should have been a landslide in favour of staying and maintaining a united front in Europe. A united Europe is essential to make front to markets like the States, China and even Russia. Which raises another question. If we are so worried about unfair competition and trading gaps, what is the deal with China and their cheap counterfeit supplies? They seem better off than we are so why are we giving them financial aid? Why do we not restrict their imports as it used to be? This is what they do in the States against all imports.

Europe cannot allow to be overrun by terrorists, party crashers and vultures that will cause it to collapse. Are the problems deliberately caused by 3rd parties? We know that the illegal immigration is caused by ISIS scaring people to run to Europe. The collapse of the Western World is what they are after. Are there other less obvious reasons?

I read somewhere that the 5% who voted OUT in Gibraltar were clandestines paid to do so. True or not I cannot say but it certainly is a possibility.

What I detest most of all is people lying, and both Farge as well as Johnson would seem to have lied to the back of their teeth in respect of the 350 millions membership fee, in promising to give this amount of money to the NHS, lying about Turkey and immigration, and putting the blame for everything else onto the EU, while deliberately obscuring the facts and advantages that Britain derives from the EU.

What is even worse is failing to point out the eventual expected aftermath such as the immediate weakening of the pounds, the fall of the stock market, predicted by the IN campaigners, and the loss of a huge market in addition to the turmoil and financial losses to so many British businesses abroad as well as at home. These are failures that in my book seem more criminal than political.

Politicians are supposed to represent the best interest of people and explain why with honesty. How can anyone trust these people again with anything they say?

I do believe that this referendum should be taken again and this time telling voters exactly what they stand to lose and gain, something they have already discovered and at what cost. I am certain that we would see a massive swing in the opposite direction. 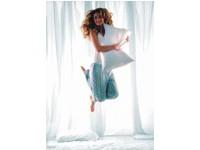 Quality sleep is quality life!
Why is quality sleep so important? How many of us really understand it?
The plastic surgeon scalpel.Vanity or necessity?

The Costa is recovering!

BEWARE OF MADE IN CHINA

HOW CHEAP CAN YOU GET?