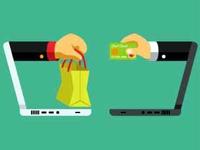 If you are buying and selling on internet...

Beware the tax office is after you!

There is nothing wrong in selling and buying second hand goods via the internet, however it is very wrong to sell goods for profit as it is wrong to buy new goods and not pay IVA. To avoid confusion between used and new goods, the tax office have now classified the difference between loss or profit on such sales as “capital gain” or “loss” which must be declared on the annual tax return.

Profiteering without paying the due taxes is fraud and it is even greater fraud if new merchandise or services are sold or bought without charging or paying I.V.A. Additionally it is unfair competition for others who are openly trading and paying their dues, therefore the tax office is loses from the sales via the internet as well as the sales that bona fide traders lose out on.

Since 2015 the tax office has started to take notice of sites where sales are made in this matter, the so called social media that are clearly being abused, as a consequence they have started checking the activities eBay, Amazon and others that attract their attention. Though no punitive action has yet been taken so far there is no doubt the problem will soon be tackled.

You are warned! Since such sales are normally made by individuals (and even companies) the tax office will demand proof of cost against sale price as well proof of IVA payment from the purchaser. The profits are considered a “patrimonial” gain with at least 19% due on the annual return.

The penalty for not declaring is the payment of the tax due plus 150% of its value. The same penalty applies to the buyers for purchasing without paying I.V.A.

If you are caught and show that in fact you made a loss or no profit at all you may still be fined €200 for not declaring the transaction or transactions on the due tax return. 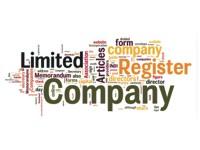 The 5 advantages of trading through a limited company in Spain.
There are a number of advantages in operating your business as a limited company that could well compensate the initial costs of incorporation and the slightly higher running costs.
Holiday Lettings? Registration required.

Looking for a divorce in Spain?