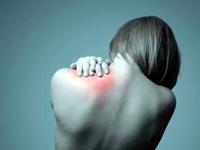 We have also identified fibromyalgia of the trapezus

We have also identified fibromyalgia of the trapezius muscle with chronic tendencies that does not disappear with massage and physical therapy and that can reach and pinch the nerves thus causing the pain. The nerve roots that go to the head start from the first cervical vertebrae and enter into the occipital skull base causing symptoms such as dizziness, headaches, migraines, lack of balance and others that may be due to osteoarthritis or arthritis in the first cervical vertebrae which pinch the nerve roots that go to the head or due to inflammation of the tendon of the occipital muscles that move the skull.

All the above symptoms including fibromyalgia are treated in the most effective, natural and lasting way known as thermopercussion this is because the CAUSE is treated directly via thermopercussion in the vertebrae and muscles affected or occipital insertions, regenerating the maximum possible tissue damage, reducing the inflammation that would have occurred which in turn cause the pinching of these nerve roots. As a consequence the symptoms will be alleviated and even cured, depending on the condition of individual patients, in the most natural and durable way possible. 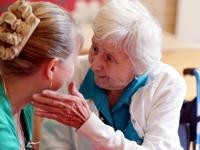 A Solution for Back Pain

Unfortunately it comes to us all