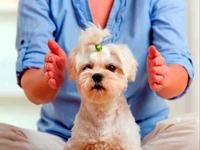 Alternative Medicine on the Costa

This month the Prickly Pair look at some of the alternative medicine practitioners on the Costa del Sol while we thank Pete from the campo de Jimena for his interesting suggestion as to what to do with lentils (Ouch!). Should we soak them first?

In the unenlightened good old days, if you felt under the weather, you popped along to your doctor and, unless your doctor was Harold Shipman, you left with a prescription for some pills that made you feel better.

Nowadays it’s all different; your first port of call is the Alternative Practitioner. Now I am not totally cynical and, if there does exist an alternative medicine that hasn’t been previously stuck in some poor Beagles’ eye, then I would be all for it, but, as with anything that appears to be slightly removed from the norm, it will always attract that certain element; you know the ones I mean, yes they are still at it, groping around trying to get on top of the mysteries of the Universe that they are convinced the rest of us are missing.

All this nonsense started a little while back, sometime in the eighties, with Feng Shui, when a flock of housewives from adult evening classes would break into your house and re-arrange your furniture. All well and
good as long as you are not blind!!

Thankfully, that particular form of madness seems to have died a death and the only people lamenting its demise would be gold fish and pea shingle salesmen. However, hot on the heel of Feng Shui, comes Reiki. I am not at all sure what these so called Reiki Masters are up to, but I can’t get out of my head the picture of that big rat in the dressing gown that lived in the sewers with some teenage turtles. The closest I have got to a plain English explanation is, and I quote: “It is not just Reiki that can bring about positive changes in the way we think and behave, but more about our own beliefs about us. The answer lies within.”

Now, I for one could certainly do with some positive changes to my usual behaviour, but I think that maybe Betty Ford would make a better job of that than a so called Reiki Master. Perhaps I am being a little unfair
here, Reiki doesn’t actually claim to be an alternative medicine, and my mentioning it was solely for the sake of a cheap swipe at something that I am sure is very beneficial to a lot of people. It’s a free world after all and, if some sad s**s really believe that the answer lies within, then who am I to try and winkle it out of them.

However no prisoners can be taken on my next lot; I recently stole a flyer from a window at a coffee shop, advertising an invitation to meet angels. I stole it from the window for two reasons. For one, I didn’t want anybody, who might know me, to see me reading it and, two, I wanted to take it home, so I could p**s myself in the comfort of my own home!

The information gleaned from this flyer seems to be that we are surrounded by angels and, with a little help from the people in the know, we can actually get to meet them and, unlike those shepherds tending their flocks by night, we won’t be scared sh**less by the experience. Oh no! Quite the contrary, our lives will be enriched and rewarded by the whole thing for a small donation of just €30, although a loaves and fishes buffet and a healing crystal are very kindly thrown in.

Under normal circumstances, for me, a donation of €30 conjures up more spirits than I can humanly handle and the only angels I would be seeing are nurses. Joking aside, these people are more worrying than the Reiki rabble; by using the term Angels there is an obvious religious connotation and using religion to prey on people’s gullibility is a bit like playing your Joker. I like to see a desperate to believe in something and most of them would worship a golden dog’s t**d, if it was given the right P.R.

It all just goes to prove it’s a funny old world we live in, but I for one, would prefer not to be given a rub down with a bit of glass by an ex hairdresser from Ongar called Steph the next time the Arch Angel Larios visits me. 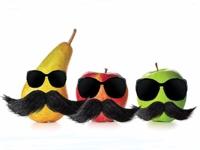 A world of fakes!
Faked goods are costing the designer industry some 9 billion every year.
What happened to real Spain?

Who is the bitch?