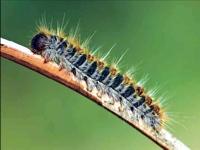 They are out early this year. By Nazli Kreft van den Kieboom, Pointer Veterinary Clinic Estepona

This insect inhabits the warmer regions of southern Europe, the Near East, and North Africa. It is the habit of the caterpillars to move over the ground in long head-to-tail processions and to sting with urticating hairs, anyone who attempts to molest them.

It is also one of the most destructive of forest insects, capable of defoliating vast tracts of pines during its episodic population surges. The insect is active only during the colder times of the year, spending the warm summer months as a pupa buried in the ground. The moths begin to emerge from the soil in August and shortly thereafter mate and seek out pine trees where they place their eggs.

Each female produces a single egg mass containing up to 300 or so eggs and the caterpillars typically enclose from them four or more weeks after they are laid. Normally by March the caterpillars are fully grown and leave their nest, following each other in long, head to tail processions and seek out pupation sites in the soil, these processions can be of as many as 300 caterpillars travelling long distances looking for soft soil
in which they bury themselves and form their cocoons.

Be careful with your pets, dogs and cats are inquisitive! They will be attracted by the movement and the glittering in the sun. Upon contact with the nose, lips or tongue the hair of the caterpillars will cause an immediate burning sensation followed by an allergic reaction that can vary from a 3x swollen tongue to death by shock.

The first thing to do is to flush the mouth out with loads of water! Then seek veterinary assistance. If you live far away, please contact us; we can instruct you!

Wherever you are in February or March, check the pine trees for the white fluffy nests. Avoid taking your dog there! If you cannot avoid them, then keep your dog on a short lead. If you live around these nests, them taken away, do not try it yourself because they cause severe eye and skin irritation, and have the pine trees treated in August. 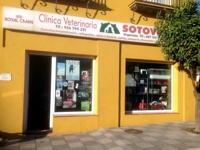