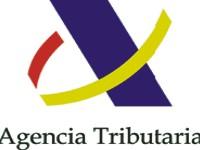 TAX FRAUD but who is the fraudster?

The European Commission has launched an infringement procedure against Spain for the new obligation to declare assets abroad when they exceed 50,000 Euros. It is a measure that came into effect for the first time in 2013 and has allowed the Treasury to obtain an unprecedented volume of tax information.

Between 2013 and 2015, almost 200,000 taxpayers declared assets abroad amounting to 126,500 million Euros. The European Commission does not dispute that the Spanish government may request the information; however, it is wary of the tough sanctions regime and its conformity with EU regulations.

If Hacienda detects that a taxpayer has not filed or presented the declaration prior to the deadline, it can account for the assets as capital gain subject to income tax. This means that it is taxed at the top margin of personal income tax, which now stands at 47% and that in recent years has even exceeded 50%.

On top of the tax payable, the Treasury also imposes a penalty of 150%. Furthermore the taxpayer cannot claim that the undeclared capital came from an already taxed source. This particular aspect has raised serious criticism from advisors at the time.

This particular aspect, along with the severity of sanctions, has led to the opening of infringement proceedings in Brussels and it represents an initial victory for taxpayers and advisers who denounced Spain to the EU. One such person is Alejandro del Campo, DMS Consulting attorneyÂ’s office, stating that the decision of the European Commission is a Â“formidable argument for the victims of the 720 model who can defend themselves against the brutal sanctions.Â” For the record, on the 19th November 2015 the European Commission sent a letter to the Spanish Government. Now, the Treasury has two months, often extended, in which to reply with its arguments. Upon failure to produce a Â“satisfactory answerÂ”, the Commission could issue a reasoned opinion requiring Spain to modify the law.

Should this not be done, the conflict would then end up in the Court of Justice of the EU (CJEU). Recently the European Justice forced Spain to modify the inheritance tax for discriminating against non-residents.

So far the Spanish government stresses that Brussels does not question the merits of the measure but the penalty system and say that the government announced these measures in the middle of the tax amnesty in order to frighten taxpayers and encourage them to benefit from the process of Â“extraordinary regularizationÂ”.

ItÂ’s all very well but this excuse seems to contradict the reality when one of the first to be sanctioned was an Andalusian pensioner who had 340,255 Euros abroad and filed out of time. Hacienda imputed the whole amount as undeclared capital gain with unpaid income tax and imposed a penalty of 150% on the income. In total, the Tax Agency now claims 439,268 Euros. 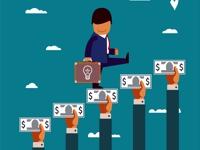 A Question of Ethics!