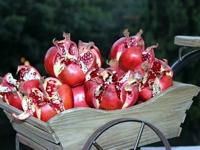 We are delighted to have discovered Tbilisi Georgian CafÃĐ

The cuisine is one of the most important attractions of Georgia and culinary feasts are an integral part of the culture; Georgian food is described as bright, original, exquisite, unique and unforgettable.

All types of meat are used, poultry, beef, mutton, pork and the distinctive feature of Georgian cuisine is the abundance of different sauces. One and the same dish can be served with various sauces changing its appearance as well as the taste and the aroma.

Of course other culinary elements are present such as fresh vegetables and an abundance of cheese, however all types of spices figure highly in all recipes.

Such good food needs to be washed down with as good a wine and Georgia is one of the oldest wine producing regions of this world going back thousands of years. It may may be a pleasant experience to try GeorgiaÂs distinctive orange wine which seems to be gaining worldwide popularity. 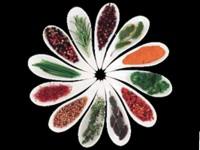 Not just your average curry...
The popularity of Indian cuisine has resulted in a number of Indian restaurants opening on the Costa del Sol.
Trip Advisor is a disgrace

What a great idea!