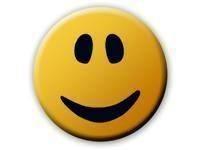 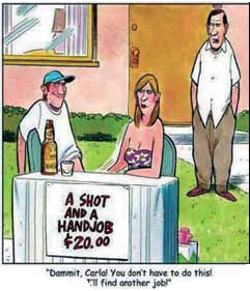 One day my housework-challenged husband decided to wash his Sweatshirt. Seconds after he stepped into the laundry room, he shouted to me, What setting do I use on the washing machine? It depends, I replied. What does it say on your shirt? He yelled back, OHIO STATE! And they say blondes are dumb!

I had not realized the extent of my husbands poker addiction until we recently sat down for dinner. I had just set 5 dishes of food in a nice row on the table when he blurted out, Oh nice honey, peas, carrots and broccoli on the flop, looks like Ham at the Turn and Turkey on the River!

A couple was celebrating their 30th wedding anniversary. For the entire time they had been married, the wife had kept a safe which the husband had never been allowed to look into. He asked her if, since they had been married so long, he could see what she had been keeping all these years. She said OK and opened the safe. In it were a pile of money totalling $10,000 and three chicken eggs.
He asked her, What are the eggs doing in there? She said,Well, I have to admit that I havent been completely faithful to you.
Whenever I strayed, I put an egg in the safe.
He thought about it and said, Well, I guess I cant be too upset about three eggs. But where did all the money come from? She replied, Every time I got a dozen, I sold them. 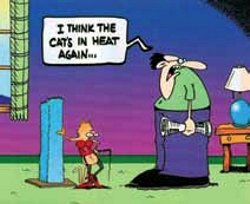 I went into the Shell gas station this morning and asked for five dollars worth of gas. The clerk farted and gave me a receipt. 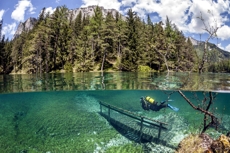 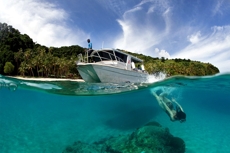 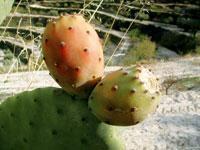 La Mode Anglaise
Well, its that time of year again; we are all putting away our winter woollies and moving into our summer garb.
Virtual Humour