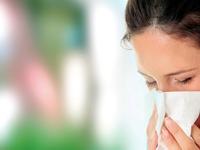 Antihistamines are commonly used to treat allergic reactions and some types of antihistamines help relieve the symptoms of sickness, vertigo and insomnia.

Your immune system protects you from harmful substances like bacteria and viruses by producing antibodies which help to remove these. In an allergic reaction, your immune system reacts to a harmless substance such as pollen, because it mistakes it as harmful and histamine is released. Histamine helps damaged tissue to heal, however it can also cause symptoms such as: a runny nose - itchy eyes, nose, throat and skin  sneezing  urticaria. Antihistamines work by blocking the effect of histamine in your body. This helps to prevent inflammation and eases allergic reactions.

If you have a severe allergic reaction, its important that you get medical help immediately as it can be very serious. You may then be given an injection of adrenaline, sometimes an injection of an antihistamine is used in addition to adrenaline.

Some antihistamines are available without a prescription (eg: chlorphenamine maleate (eg Piriton), loratadine (eg Clarityn) and cetirizine (eg Zirtek). Others are only available on prescription as they could have side-effects or interactions with other medicines you might be taking.

Depending on what you need antihistamines for; you can take them as tablets, liquids, nasal sprays or a cream. Only use creams for a short amount of time to avoid an allergic reaction and dont use creams on broken skin, unless your GP has said that you can do so. 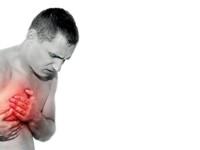 IS FISH & CHIPS A KILLER FOOD?
Traditional fish and chips are high in unhealthy saturated fat (Heart Foundation)
Egg shells are a natural source of minerals

Foods to eat to help you sleep