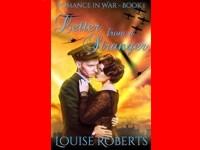 Letter from a Stranger

Letter from a Stranger is an e-book by Louise Roberts (Luminosity Publishing, UK).

Although fiction, the story is based on fact; at the outbreak of WWII in England the Red Cross were asking young women to write to the troops to boost morale. My in-laws met in such a way, and this story is dedicated to them  in memoriam.

. For Jean White this would lead to a friendship with Bill Brooks, an anti-aircraft gunner with the Royal Artillery serving on the south coast of England at the height of the Blitz.

As German aircraft drop their deadly payloads over London and devastate most of southern England, the relationship between Jean and Bill blossoms.

Through their correspondence at first and then, when they finally meet, its as though the world has stood still. A quiet weekend away from London strengthens their bond and romance blissfully flourishes.

As the war intensifies and Bills impending departure to foreign shores looms ever closer their future together seems insecure, until a few days before his departure when Bill proposes marriage. Will Jean accept the proposal or will doubt keep them apart?Follow Louise Roberts at:
https://louiserobertsromance.wordpress.com/ It is available on Amazon and at Luminosity Publishing: http://luminositypublishing.com/ 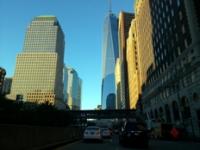 NEW YORK, NEW YORK!
And why not tell you about it?
Happy Halloween at the Pony Club