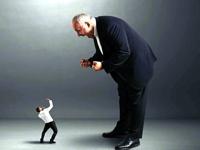 Bad bosses can damage your health; the cross of poor management is not only borne by employees, the economy suffers too.

How long someone stays in a job and how well they perform is correlated with how well they get along with their boss. More than a third of Spanish bosses, according to a recent study, fail to take that into account. One of them, the manager of O. M., a 29-year-old accountant says she has Â“had itÂ” with her boss. Having worked for two years in an advertising agency in the Catalan capital and having doubled the number of clients the employer failed to hire anyone else often leaving her to work long into the night at the expense of her family life, the boss simply ignores her when she asks to work shorter hours or more pay, he tells her not to bother him with what he calls Â‘personalÂ’ problems. So she is looking for similar work elsewhere.

This case is no exception. It seems the rule in Spain that as intensified business competitiveness puts pressures on employers and managers, many of whom are unqualified, they are unable or unwilling to manage the stress.

According to a study by IĂ±aki PiĂ±uel, a psychologist at AlcalĂˇ de Henares University and a partner in the Mobbing Research consultancy, seven out of 10 bosses in Spain care little about what their employees think of them or the climate in the workplace.

The stress bad bosses cause on staff includes a 16-percent higher risk of cardiac problems and a 33-percent increased chance of having a heart attack, medical studies show. In PiĂ±uelÂ’s view there are three kinds of Â“toxic bosses.Â” Firstly, he says, there is the
paranoid boss Â“whose insecurity and lack of confidence causes them to systematically question the work and behaviour of colleagues, creating a negative atmosphere.Â”

The second, PiĂ±uel calls a Â“psychopath bossÂ” whose Â“pride and cold-heartedness cause them to become a compulsive liar,
capable of acting despotically.Â”

The third is the narcissist, whose vanity causes them to try to be the centre of attention and who believes that they are responsible for every achievement of the team, which consists usually of docile and obedient subordinates.Â”

A word of advice

A bad boss tests the dedication of even the most devoted employee however expressing anger and ridicule is
completely unacceptable : 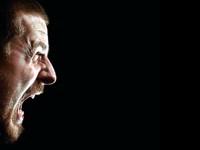 Rage & Anger
Rage, in psychiatry, is a mental state that is one extreme of the intensity spectrum of anger.
WHY THE EXODUS?