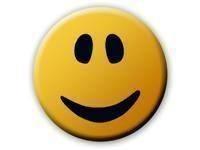 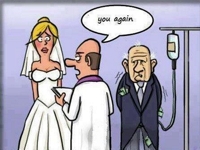 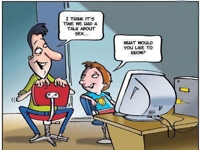 A man was carrying 2 babies, one in each arm, while waiting for a train. A woman upon seeing those 2 cute babies asked the man, Arent they cute, what are their names? The man giving the lady an angry look replied, I dont know. The lady then asked, Are they boys or girls? The man looking angrier than before replied I dont know. The woman then started to scold the man, What kind of a father are you?. The man replied, I am not their father, I am just a condom salesman and these are the 2 complaints that I am taking back to my company.

Two friends: - Tonight I am going to organize a group sex session in my apartment. Do you want to come? - Of course! How many people are coming? - Three, if you bring your girlfriend.

A man and his wife were sitting in the living room and he said to her, Just so you know, I never want to live in a vegetative state, dependent on some machine and fluids from a bottle. If that ever happens, just pull the plug.
His wife got up, unplugged the TV and threw out all of his beer.

A man kills a deer and takes it home to cook for dinner. Both he and his wife decide that they wont tell the kids what kind of meat it is, but will give them a clue and let them guess.
The dad said, Well its what Mommy calls me sometimes.
The little girl screamed to her brother, Dont eat it. Its an asshole!

An elderly couple are in church. The wife leans over and whispers to her husband, I just let out a long, silent fart. What
should I do? The husband replies, First off, replace the batteries in your hearing aid!

IT IS VERY TRUE 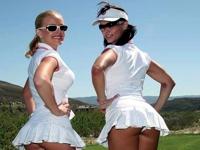 A Golf Story
One Sunday last spring, I went to my weekly round of golf with my dad and grandad at our favourite country golf club. - By Bernie Chilten
Love you long time