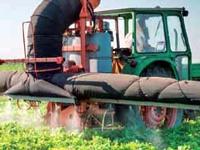 Insecticides. Are they killing insects or humans?

There is not enough research done to determine the long term effect of insecticides that we digest with our food.

Many of us are born with persistent pesticides and other chemicals already in our bodies, passed from mother to child during foetal development. The human ealth impacts linked to pesticide exposure s thought to range from birth defects and hildhood brain cancer in the very young, o Parkinsons Disease in the elderly.

Pesticides dont stay where theyre applied. They drift from their target and are carried in our air, oceans, rivers, groundwater and soil. They contaminate ecosystems and can poison fish, birds and wildlife.

The moral of the story is that an alternative to pesticides must be found or their use be banned. By eating food produced organically or without pesticides, not only will we be reducing the amount of pesticide in our body, we will be helping create a better environment for other people, the planet, and future generations. 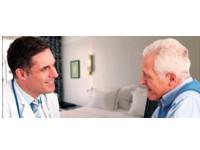 The flu. So what happened this year?