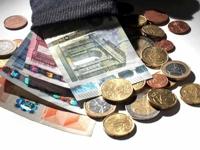 Is Spain showing its true colours ?

Of course unemployment is high in winter and lower in summer when bars and restaurants need staff for the seasons tourism, nevertheless unemployment is high overall, this is evidenced by the long queues for free food aid in almost every town in Spain. Yes the crisis persists but whats being done?

In the first place I believe that the wealth of a nation depends on the wealth of its people, which is difficult to achieve when wealth is being corruptly pocketed by individuals at local and national government levels.

Before the crisis, money was flowing but before that there was another crisis. The difference is that in between there was an incredible inflow of foreign visitors and investments resulting in a bubble that finally burst. Why did it burst? Greed is the answer.  Where did all that money go and is still going?

Foreign investors and businesses have and are fleeing the country to the point that local councils are now feeling the loss of income from pardon registrations, considering they get an estimated average of 200 per person per year, depending on the area, mainly British. On the whole, those that are financially trapped remain.

On the 12-18 March, the Euroweekly newspaper reported on the front page that Russian tourists spend more on the Costa del Sol than anywhere else in Spain apart from Barcelona, quoting: Costa del Sol Tourism leader Elias Bendolo said it was essential promoting the coast in the Russian market we need to continue to encourage visitors

Yet, on page 53 an article stated that Hacienda (tax office) legally forces El Corte Ingles to provide full details of clients spending more than 30,000 in a year. That is names, addresses, their card numbers and bank details; the same for other retailers. So whats happening? Isnt there enough money about to line private pockets? So, why not encourage foreign businesses and investors instead of persecuting them, and everyone else too for that matter, to make up the difference.

Before you even start earning a penny, you (and your employer) have to pay expensive social security contributions; you have to register for 21% I.V.A, pay for the legal start up costs, and make quarterly declarations and payments no matter the size of the business (in the UK you have a threshold before you need to start doing so). If you happen to be late with any payments,  contributions, declarations you are levied with excessively high penalties. So when business is suffering from low income for any reason, it just gets worse.

For instance, the tax office will impound your bank account for overdue moneys and collect any funds in it. Did you know that the tax office will contact and tell all your clients how much they say you owe and compel them to pay the tax office instead of you? They do so even before advising you, just in case you collect the money before them. What a way to lose someones clients and lose their business, while creating more unemployment. Unfortunately they will not listen to reason or reasonable offers of payment, especially if they think they can go after you personally (even as administrator of a limited company).

I dare say they do not do this just with foreign businesses but it certainly encourages the foreign exodus experienced by Spain. I do not call this intelligent, do you?

Sure there are other reasons for abandoning Spain, the large number of retired foreign pensioners find it more difficult due to the rate of exchange, but now add to this the cost of monthly urbanization charges for a house that has lost most of its value. Add the tax on the pension received from UK, if it exceeds the Spanish threshold plus the increased costs of living, the parking fines and all the rest that they are throwing in and it is no wonder they are fleeing, after all there are alternative sunshine countries. 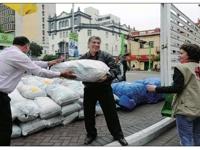 What is charity?
Its the act of giving money, food or other help to people who need it or to an organisation that helps people in need with no strings attached or profit.
Air de la Mer