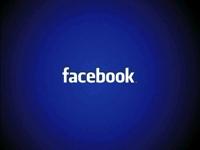 Is it not an excellent tool that enables you to find and contact long lost friends and family anywhere in the world? Facebook is certainly achieving this.

The twist is that it also gives you the means to have a large number of friends that you do not really know to offer them for sale some of your unwanted, used possessions as they could be useful to others who cannot afford the new item.

Unfortunately, there are always those who spoilt it for everyone else, Facebook was not intended to be used as a car boot sale
ground for would be tax evaders, nor was it intended to be used to advertise unregistered businesses. There are now far too many of these so called social and networking sites such as Directory of Services, Cars under 500 Costa del Sol, Eat and Drink around Duquesa, Sabinillas and Surrounding Areas, etc. They all attempt to offer the opportunity for businesses to advertise including those that are not registered for tax purposes and call it Networking.

The net result of this is that now the Spanish Tax Agency is intensifying their search for advertisers using networking and social sites. Inspectors are searching the internet for any information that will uncover tax dodgers, including data about their family ties and other contacts while looking for undeclared business activities.

The Tax Agency Director in Chief, Santiago Menéndez made the following further announcement: - It is extremely important to be intensive in our use of new technology and to be able to use support from computer auditing experts during our controls, in order to access the internal workings and the information contained within computers, which is not shared with the Tax Agency (See el País 20/2/2015).

The agency now has a dedicated group of workers who analyze websites, blogs and other online platforms in search of clues. Some of their most popular targets are home rental and car sales. It is also a known fact that some tax employees search gossip
magazines for signs of undeclared wealth in the photographs of featured celebrities.

Unfortunately the mushrooming number of networking sites such as described now work against even the most legal businesses
causing them to be snooped at by the Tax Office just for being within the net working group. This is just what everybody needs, like a hole in the head!

As a matter of fact it would seem that the same is happening with the Inland Revenue in the U.K., although perhaps what they are mostly looking for are claimants of social security benefits with undeclared income, whereas in Spain they are looking for missing Social Security contributions and IVA decalarations.The director general of the tax office,

Santiago Menéndez, pointed out that there will be exhaustive controls within the digital economy managed by a specialized group within ONIF, the elite body dedicated to uncover tax avoidance. He added that the Agencia Tributaria (AEAT) has to face new types of fraud due to the fact that the internet permits the existence of activities totally submerged under the false appearance that they are foreign whilst in reality they are Spanish businesses using the internet to avoid their fiscal responsibilities.

The other novelty is that Hacienda Inspectors will have the power to inspect the computers of small companies (pymes) looking for any class b accounts (undeclared, hidden). The idea of having myself, my Facebook friends, family and acquaintances looked into just because I have joined a networking page it certainly does not appeal.

My suggestion is that if you have a reasonable business going make sure you remove it from any networking sites and enjoy your sleep at night. If you do not have a registered business stop trying it on because they will catch up and, contrary to prior policies, Hacienda and the Social Security are now exchanging information with the result that you can get caught for IVA as well as Social Security contributions with hefty fines. 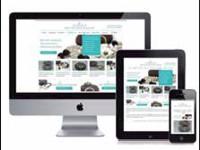 Fit in or a Fit up?
Is your website compatible with iPhones? By Chevalier de Fleury
Qr? THEY ARE FREE!!

The mobile broadband market is a gold-rush at present.

Who are you kidding?