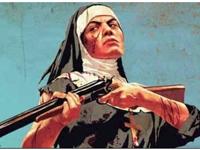 In spite of the many differences among Christians, Jews, Muslims and others, they all share a fundamental belief in a compassionate and a just God.

The Koran repeatedly refers to God as compassionate and just. It also says that there is no compulsion in religion (2:256) because submission to God must be freely chosen, not forced (Ali).

Well this is what most religions preach, yet, on the other side of the story, it is estimated that some 1.5 million people were killed by Crusaders (1095-1291) in the name of God, and that included some Christians. Some sources list the figure of Christians killed by Romans at as nearly 100,000 up to 313 AD. No one knows exactly how many victims were claimed by the Spanish Inquisition, different estimates vary between 31,000 and 135,000.

The worst war in this century, WW2, was judged not to have religious causes yet an estimated 6 million people were tortured and killed because they were Jews. Other references suggest that an estimated 270 million people were killed in the name of god in the 1400 years history of Islam. When you add to this Russia and all other religions and creeds the number of deaths in the name of god or religion is simply astronomical.

Perhaps the most honest killings have been done by those who did not hide the true reason for killing and plundering, like the Vikings for example.

Religion does not kill anyone; the real reason behind wars and massacres is greed for power, money and territory. How many valuable objects and gold have been stolen by the Nazis? Not to mention power and territory.

What war can be holy when the moral obligation is to annihilate innocent people in gods name? When animals kill they kill to
eat, what does this make humankind?

Priests, religious leaders and also politicians are no more than a bunch of hypocrites looking for excuses to wage war for other
unreligious reasons while causing people to have to defend themselves. After thousands of years of brother killing brother for whatever reason, the extra shame is for those using religion as an excuse.

What is the answer? What can be done constructively to stop this carnage? As the Koran states (see above), submission to God must be freely chosen, intending ones God whatever the religion. This means that people have to be educated to the true meaning of these words, unfortunately you cannot educate adults, which is too late. Todays killers are yesterdays children. We need to educate children before adulthood and the better qualified persons to educate children are their mothers.

We have seen that integration does work, just look at the mix of races and religions in educated countries. It may have taken
one or even two generations of education in tolerance and respect for others beliefs, encouraged by mothers, to reach harmony in places where hatred existed between colour and religion. But this God intended progress is definitely ´sabotaged´ when children are forced to attend belligerent, perverted religious classes in schools, right under our noses.

I believe that it is time that mothers and future mothers should start to take their role seriously and refuse to submit to be demeaned by men, beaten and even stoned to death. What kind of god condones or even encourages this? What kind of god forbids proper school education for girls? What kind of god permits children to be taken away or distanced from their mothers so they can be shown how to use guns, to hate and to feel no remorse for killing? It is unnatural!

Leaving God aside, the greatest lesson even comes from nature itself observing the animal world, where mothers care for their
offspring until they are able to understand and fend for themselves, and even defend them against the father. Is it perhaps the case that these women should be educated to stand their ground, defend their rights and have the freedom to educate their children as they should be? 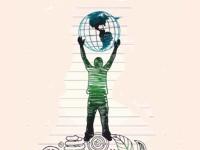 No green thing in those days!!
Checking out at the store, the young cashier suggested to the older woman that she should bring her own shopping bags because plastic bags werent good for the environment
NO!Marbella no way!

United Europe? Is that a joke?

Looking back, whats ahead?