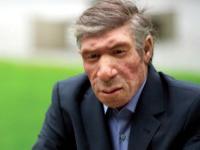 WhatĀ’s happening? Have we all lost all sense of proportion? Or even reality?

I understand there is an economic crisis just as I understand that it has been created by thieving politicians and bankers. Perhaps if they return all the money they shifted to offshore accounts the problem might be resolved overnight.

As it is, us, the workers, you and I, have to make up for the loss by being further penalized with higher costs, higher taxation and lower incomes. Why, oh why donĀ’t we all get together and simply remove the offensive thieving elements from circulation?

The wealth of a country depends on the wealth and well being of all its people, working people that is, and while the powers to be continue giving such a bad example unpunished, it is of no surprise that so many prefer to take advantage of a Ā“pretend to helpĀ” system described as social security benefits.

It is all going to pots! If we carry on as we are, in my opinion the human race is reverting back to the Neanderthal level. What made the human race great was the difference between animals with no hope of intellectual development and mankind who can reason and come up with solutions that benefit mankind as a whole. So what has happened to this natural human gift?

Greed possess anyone that has the opportunity to exercise it while those who cannot quite simply steal, rob or make false claims to climb the ladder to a position where they too can exploit and succumb to greater greed.

What makes people in authority think they can be bribed and give illegal and false building permissions? Greed of course!

What makes bankers pay themselves astronomical salaries and pensions at the expense of clients being charged for breathing? Greed of course!

What makes politicians take backhanders and bribes at the expense of tax payers? And even pay themselves unjustified grand salaries and expenses? Greed of course!

What makes a manager steal from his employers? Greed of course! And why should workers be forced to work and even slave to feed so many, but so many of these pillars of society?

ThatĀ’s not where it all ends, lower down the scale, what makes someone kill to steal from an old pensioner? Is it need or Greed?
What makes someone lie to the authorities to collect handouts? Is it Greed or Need? It certainly is greed if itĀ’s to avoid working.

What makes business people ruin the economy by not declaring their IVA at the expense of those who try and run an honest business? This is theft on two counts, not paying the IVA for one and depriving the honest competitor of business for the other.
Copying othersĀ’ ideas for oneĀ’s own benefit? Theft and greed!

I am sure that if you put your mind to it you will find that after all Ā“greedĀ” is at the bottom of all the problems we are having.

No I am not praising communism, do not get me wrong. After all even China is afflicted by the same common denominator. What I am seeking is a just and ethical way to conduct ourselves, our countries and our world. As we are, the streets of the future will be overrun by beggars asking for food, stealing and even killing.

Sure there is an overpopulation problem in certain areas but that is mainly due to the stupidity and greed of politicians who allow all and sundries to enter their country at the expense of their own subjects for their own political and personal economic benefit, or so they think (and that is another story).

To be honest even the wildest animals in the jungle have a more sensible approach to life. They do not look for fights amongst themselves and if they have to have a confrontation they do not kill each other. Humans do!

The USA is probably the most civilised country in its approach to life today, I did not say perfect however true democracy as adopted and learned from the well civilised Roman Empire however itĀ’s. Anyone willing to work earns his crust and the better or the harder is the work the higher is the reward and standard of living. Immigration is very strict and those that are permitted to stay must integrate 100% and follow the countryĀ’s law, not their own. It is the barbarians hordes that brought down the Roman Empire.

If we want a united Europe, we should do the same, forget the independent Scotland, and forget the independent countries, UK, Belgium etc. They should become regions of a strong large UNITED EUOPEAN STATE, run by one government, one legislation, one president, one senate, one order and policing force, and most of all by one central bank. All following one single policy, one single interest: EuropeĀ’s.

Those who cannot or would not abide should be demoted and even expelled. I would even go as far as saying that capital punishment should be brought back to cure the incurables and to discourage others.

Democracy is democracy, forget the left and forget the right, the concept is quite obsolete these days, just elect the party and leader that offer the best solutions to achieve a strong and wealthy country that does not have to exploit its people to survive. The trouble is that I cannot think of anyone that is suitable with enough balls to do it. 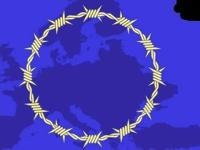 United Europe? Is that a joke?
We are as far from a United Europe as Earth is from Venus I donĀ’t mean inaccessible but I do mean quite far.
Looking back, whatĀ’s ahead?