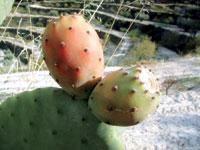 The Prickly Pair say: Ā“Once again, a big thank you to our readers for your mail. To Ana Maria from Estepona: for a spiritual woman you certainly know some earthy language!! And, to Anon from Sotogrande: I would if I could!!

Someone famous once said Ā“A woman can never bee too rich, or too thinĀ” and that is half right, you can never be too rich! I am amazingly lucky, blessed as I am with a fabulous figure, even though I eat like Pavarotti on death row, but I appreciate that there are those less fortunate, who it would seem will stop at nothing in the quest for Ā“the body beautifulĀ”. I find my tiny frame trembling with horror at the mere mention of the macabre sounding self mutilation on offer.

In those enlightened good old days, if you found yourself turning into Hattie Jaques, you adjusted into a few more yards of crimplene and swapped your stilettos for a pair of Hush Puppies.

The radical eighties gave dieting a scientific angle, or tried to, with Ā“slimfastĀ”, which really is Ā“Angel DelightĀ” in a tin. The clever Americans who make it had plenty of gullible Ā“GordosĀ” filled to the gills with the stuff because Uncle Sam told us it was scientifically worked out.

But thanks to some very glossy, very swanky magazines available close by, all manner of pseudo medical jargon is explained and, if you canĀ’t read, there are plenty of pictures. So many pictures that at one point I thought I was looking at some poor unfortunateĀ’s varicose veins when in reality I was studying a useful map showing a clinicĀ’s whereabouts.

So, whatĀ’s available on the modern day FrankensteinĀ’s menu? For starters you can ease your way in gently with Ā“RhinoplastyĀ”, thatĀ’s the funky new name for a nose job. While you are at it, why not kill two birds with one stone and go for a  BlepharoplastyĀ”. That one deals with what your granny might have called Ā“crows feetĀ”, so you could in effect stone the crowsĀ’ feet.

Moving on to the main course, you have Ā“EndermologyĀ” (cellulite), Ā“PhlebologyĀ” (varicose veins) and Ā“MicrodermabrasionĀ”. Surely you do that last one on your own!

I donĀ’t pretend to understand or in fact want to know all the technical ins and outs of plastic surgery but, cosmetic surgery for Ken and Barbie personified aside, plastic surgery does have another face (no pun intended) and has been one area of medicine that has performed some minor miracles for burns victims, birth deformities and all manner of other very worthy, deserving causes.

Every branch of medicine, especially those dealing with aesthetics improvement, has a commercial private sector and the private clinics will mushroom in any place where the population has deep pockets and shallow beliefs. All this perfect ten paranoia is kept simmering away by the glossy, swanky magazines. You wonĀ’t find anybody there wearing a size 18 dress. 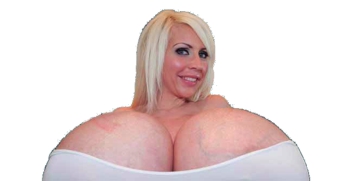 I worry about the beautiful people. Most of them are so pumped full of silicone that topping up the orange tan must be a bit like Ā“Russian RouletteĀ”; how many of them run the risk of ending up as a puddle of melted silicone, when the midday sun hits 100Āŗ Fahrenheit? Imagine the poor relatives only being able to identify the body by its Rolex, Mercedes key ring and a set of porcelain teeth!

Still, look at the bright side. Funeral costs wonĀ’t eat into your inheritance if you can send them off in style in a milk bottle. Some people, it seems, will go to any length and endure any amount of what must be very painful surgery just to keep old Father Time and his brother Gravity off the Christmas card list.

I for one, will not be visiting any of those Carnal Anatomical Clinics, in fact I am sure some of them are so scary you would be hard pushed to even drag Mulder & Scully into them. On the other hand however, and just for the record, there are the soft option beauty clinics, the ones that donĀ’t offer to turn you into Hannibal Hectors party frocks.

If you donĀ’t feel ready to cut off what nature gave you, how about Ā“ChocotherapyĀ”. Something described as Ā“a stimulating and invigorating treatment using melted chocolate, with Brazilian coffee and Madagascar cloves as a baseĀ”. It sounds good to me; although I think I would only be going for chocolate rub downs in the winter, unless of course you were thinking of adopting some wasps.

So it looks like it all boils down to a choice between looking like a giant ripple or a raw liver lollipop. I know what gets my vote and I, like Marian Faithful before me, I will just have to take my chocolate like a man! 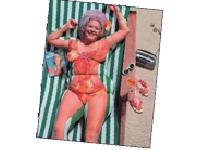 Has summer finally arrived? You need to prepare for it!
How to prepare you good looks for the summer, say the Prickly Pair
Ugliness is in a way superior to beauty because it lasts.

IĀ´m so hungry I could eat a horse! Or donkey?

Does the Archangel Ā“LariosĀ” visit you?