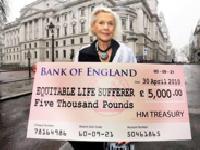 As history now shows, it was the combination of falling returns and the high guarantees which led to the downfall of Equitable Life. Do not miss your chance to make your claim.

As the very first and indeed oldest Mutual Life Assurance company in the UK, having been established in 1762, Equitable Life shocked their policyholder when in December 2000 they closed their doors to new business whilst they tried to sort out the utter mess they were in.

As a trusted financial institution, with such a strong reputation, the unthinkable had happened. As a Mutual company, its very existence was to benefit the "With Profits" policyholders and to protect their interests. Their products used With Profits funds, which were considered to be low risk, and provided policyholders with high guarantees in terms of the level of pension they could expect to receive in retirement.

As history now shows, it was the combination of falling returns and the high guarantees which led to their downfall.

There were frantic efforts to find a way to prop up the company and to protect the policyholders which initially resulted in a High Court sanctioned compromise scheme in 2002 and eventually, after much lobbying, the Government announced details of the compensation scheme in October 2010, with the first distributions of capital starting in March 2011.

Despite the fact that by April this year, over ÂŁ604 million had been paid out to over 440,000 policyholders, there may well be nearly as much again still to be claimed. It would seem that many eligible people may not be aware that they are entitled to a payout and the clock is ticking as the deadline for claims is April 2014, so if you have ever had a With Profits policy with Equitable Life and have not received a payment from them, now is the time to find out if you are indeed due a payment.

Interestingly, if you were one of the many policyholders who transferred their funds away from Equitable Life, this does not exclude you from being eligible for compensation. If you are in any doubt, I would recommend that you dig out your policy number or numbers and call the Equitable Life Payment Scheme directly on +44 (0)300 0200 150.

Whilst the Government will be making additional efforts to trace people, once the shutter comes down next April you will have missed the chance to claim forever; so the time to act is now. 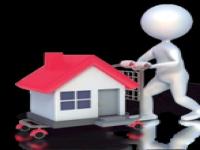 Falling Prices and Golden Opportunities
Perhaps it is time to think again about that holiday home in the sun. - By Count de la Perrelle.
UK Pensions & QROPS Â– WhatÂ’s New?