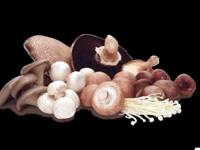 A Mycophile is a devotee of mushrooms, especially one whose hobby is hunting and foraging for wild edible mushrooms. Well, it is that time of year again and the Mycophiles are getting ready to pounce!

People will be trudging the woods and forests to find the best fungi the world has to offer. Every autumn, collecting mushrooms is a must for the enthusiast especially in the Northern regions of Spain. In fact it can be a jolly good jaunt for amateurs as well because there are specialist tour companies offering short breaks designed for people looking for that interesting holiday. There are usually Chefs and experts on hand to advise you with culinary skills to produce mouth watering
dishes from your picking during a healthy day of foraging.

Collecting mushrooms in the woods in the north of Spain is a very autumnal thing and apparently the Basque Country, Catalonia and even the Balearic Islands are some of the best hunting grounds. For the keen enthusiast the crack of dawn is the time to start and knowing just what to look for is really the key to a good bounty. It is important of course, to be able to distinguish between the edible and non edible types.

An important rule of thumb to see if it is a mushroom or a toadstool is: if in doubt, leave it out. The only sure way is to take a book with pictures with you and learn what you can eat and what will make you very ill. Being able to distinguish the edible from the dangerous is the key.

In Spain wild mushroom hunting is exceptionally popular all over the country but generally the province of Girona in the Catalan area of Spain is considered to be one of the best areas which is about an hour and a half from Barcelona. Mushrooms
are amazingly varied in Spain, with some extremely big mushrooms growing in forest areas. Apparently this is because the weather is well disposed to mushroom propagation with hot summers and plenty of rain and a very humid and damp climate in the forests.

So be prepared to find some giant fungi. The main mushroom season tends to be around September to October time, but it
may be slightly earlier or later, depending on the weather. The rain usually arrives by August, but if it is slightly late, then the mushroom season will also be later. There are lots of resources and field guides to help the average person hunt edible mushrooms, but to be honest Ā“mushroomingĀ” as it is called is best done with an expert or at least an experienced forager.

You can often find towns and villages offering a range of Mycological options, from specific routes and activities, to associated establishments such as bars, restaurants and country house lodges. Go to the local Tourist Offices or Mycological Societies for more information on the options available. 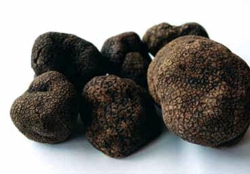 Here are a few facts about mushrooms.
Believe it or not, Mushrooms are actually the fruit of a much larger being. Mushrooms are neither plant nor are they animal, they are classified as fungi. The main body is subterranean or thriving on dead trees. It can also thrive on living tree roots and it can vary in size from a few inches to several miles wide.

When they are able to absorb a large amount of water, they can grow amazingly fast. Their fruits sprout out of the ground
overnight.

Warning, only 2 Ā½ - 5 % are edible
Beware though that although there are over two thousand types of mushrooms, only 2Ā½ - 5 % are edible. The rest are highly
poisonous and can masquerade as the edible ones, so do be extremely careful when foraging for mushrooms as it can be a risky business.

The toxic effects of mushrooms are also elusive. Some contain enough toxins to immediately kill the person who eats them,
like the Amanitas strain. Other mushroom toxins poison people with a cumulative effect, basically building up in a personĀ’s system over time. In other words, a person could eat a certain mushroom fifty times with no reaction, and then die from the fifty-first taste because the overall poison levels become overwhelming to the body.

To find the world famous black truffles takes real expert knowledge and do not forget the smart dog. Every winter, some 500 huntergatherers comb the most promising copses and groves of north-east Spain in search of a delicacy that can sell for over 1,000 Euros a kilo in BarcelonaĀ’s Boqueria Market.

The truffle is a subterranean edible fungus that requires special conditions for its spores to take and reproduce. It needs good moisture but also warmth, and the right kind of tree Ā– Hazel, Oak and Holm Oak (Mediterranean oak) Ā– with which it forms a symbiotic relationship. The fungus synthesizes minerals for the tree and the tree releases sugar to the truffle.

There are 70 types of truffle worldwide; interestingly enough relatively few have the desired gastronomical excellence required by the top Chefs. The black PĆ©rigord variety is one of the most highly valued, second only in value to the famous Italian white Piedmont truffle, which is not found in Spain.

If you do decide to dabble in the mycophile world then remember to double check what you find. Enjoy but be careful. 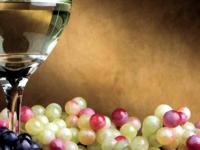