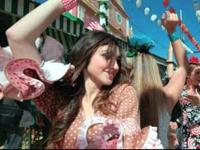 Wish you were here.

Costa del Sol still is still one of the best holiday options available.

Despite the crisis and the property scandals Spain still retains its holiday appeal with all the Northern Hemisphere European countries and in particular Britain.

I wonder how many still remember Freddie Laker back in the late 60s. His value for money chartered flights and package tours were a major contributor to making Spain one of the cheapest holiday resorts to aim for. The Costas were one
of the favourites; it was the cheap holiday in the sun that most people could afford. Unfortunately in some ways this has created a stigma for Spain and the mental association between cheap holidays and Spain is deeply rooted. While it is true to say that the cheap holiday packages still continue, the popularity of Andalucia and in particular the Costa del Sol did reach extraordinary proportions.

It is understandable when you consider that the temperature rarely drops below 18ºC, meaning that it will always be warmer than other places at the same time of year, the summer sunshine is guaranteed and the resorts within the Costa del Sol cover 150 kms. of coast line, with long stretches of sand leading into the warm Mediterranean Sea. Beautiful beaches with safe bathing for families with small children, water sports with varying degrees of excitement for the adults, magnificent golf courses, superb shopping and a vibrant nightlife, it is no surprise that so many people holiday here.

The difference now is that the Costa del Sol, though cheap by comparison to other countrys resorts, it is not the cheapest in Spain, especially at peak times. The rapid growth of cheap airlines competing for business continues to make Spain one of the best holiday options available and of course it is within easy reach of home. It is perhaps regrettable though that the
sheer volume of tourism has grossly contributed to the loss of exclusivity that the Costa del Sol, centred on Marbella and
Puerto Banus, used to enjoy.

It is perhaps lamentable that during the past few years the Costa del Sol has lost a lot of its attraction for the celebrity culture and the rich and famous, nevertheless its infrastructure is still inviting to the better and more affluent type of tourist, especially in centres like Marbella, Puerto Banus and Sotogrande.

Sun and beaches are not the only attractions, the night life on Costa del Sol is amazingly diverse and you can do anything from having a romantic meal in one of the many high quality restaurants to dancing into the early hours of the morning at
a local disco.

Theres plenty to see on Costa del Sol, even outside the busy summer period, and if youre looking for a cheaper holiday
then youll want to visit in May or October for the best deals.

The climate makes the Costa del Sol an attractive proposition all year round, not forgetting that although golf courses in
Andalucia can be played all year round, spring, autumn and winter offer a more favourable climate and some very special
deals.

Do remember that if you travel just a short way inland, you will find the small towns and villages, often built on the ides of hills, are in complete contrast to the coastal strip. The whitewashed and the colourful houses, with their tiled red roofs, nestle together along narrow winding streets. In the hills, the opportunities available for a wonderful country holiday are, among others, hiking, rock climbing, horseback riding, bird watching and hang gliding.

The popular image of Spain as a land of bullfights, flamenco, sherry and ruined castles derives from Andalucía, which is the southernmost territory and the most quintessentially Spanish part of the Iberian Peninsula. Above all, it is the great Moorish monuments that compete for your attention here.

The Moors, a mixed race of Berbers and Arabs who crossed into Spain from Morocco and North Africa, occupied al-Andalus for over seven centuries. Their first forces landed at Tarifa in 710 AD, and within four years they had conquered virtually the entire country; their last kingdom, Granada, fell to the Christian Re-conquest in 1492. Between these dates, they developed the most sophisticated civilization of the Middle Ages, centered in turn on the three major cities of Córdoba, Seville and Granada.

In addition the Costa del Sol is host to many music, dance and theatre festivals particularly through the summer months. Flamenco dancing is especially popular as it is the traditional dance of the gypsies of Andalusia. Bull fighting remains part of Spanish culture and the Costa del Sol has its share of bull rings, even though the spectacle is no longer so popular among tourists.

One of the spectacles not to be missed is the Dancing Horses at the Escuela de Arte Ecuestre Costa Del Sol Based in Estepona, this is one of the best equestrian centres in Europe. For those who enjoy equestrian sports and spectacle then these shows are
not to be missed.

The Costa del Sol offers a diverse and eclectic nightlife from lovely quiet wine venues to modern chic cafes, trendy bars, and vibrant discos and night clubs. Do remember though not to start too early!

The idea is to eat late, and party even later. All musical tastes are catered for, if you look closely enough, ranging from chill-out vibes to harder pumping house music.

Whatever floats your boat, you are sure to find it on the Costa del Sol in Andalucia. Where else in the world would you find all this just a short flight away from home? 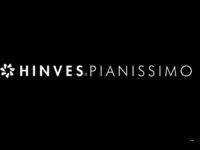