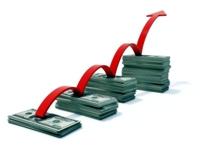 As the dust settles on overseas assets filing, many are now anticipating the questions will start and for some that may well be the case but I have a question of my own!

If you were one of those people who declared cash on deposit in excess of 50,000 Euros, which would you rather have?

To my mind the answer is obvious and yet many thousands of people would appear to have opted for answer 1, so why is that?

I can only assume that it has to do with that quaint old notion that cash on deposit is Â“safeÂ”. Whilst I agree that we all need to keep a certain amount of cash available for everyday expenses and unforeseen emergencies, it is absolutely barking mad in the current financial climate to keep large amounts of cash on deposit just for the sake of it!

If I was to advertise an account paying 10% + a year, I would no doubt have a queue of people at my door Â– why; because it is too good to be true and it is right to say that double figure returns from low risk investments are a thing of the past.

But how about if I was to advertise a low risk investment which provides three times the net return of deposit accounts; would that sound attractive?

It should and it is possible. In fact, many people have enjoyed double figure returns over the last year on some of their investments which, have been linked to equity markets but I am not talking about that level of risk; I am still talking low risk for the cautious investor.

One fascinating thing to come out of the 720 filing is just how many people have large amounts on deposit back in the UK Â– why? Some say because it is safer there than in Spain and others, it is simply a matter of habit but many are not spending the interest each year.

I think I can hear what is going through your mind right now; there has to be a catch, it cannot be that simple. Well I may not be comparing apples with apples but what I am referring to is genuinely a long term, low risk investment solution for people tax resident in Spain.

Ah, thereÂ’s the catchI hear you say, itÂ’s long term Â– it is, but I am talking about people who have cash on deposit long term too! 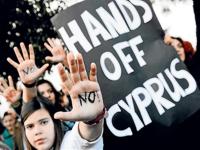 Is Cyprus Fodder For PIGS? Save your savings!
I am not sure if I should apologise for the headline but it occurs to me that the recent proposals to levy a fairly penal tax on bank account balances of savers in Cyprus might just give others ideas!! By Richard Alexander Dip. PFS
Schadenfreude or opportunity?