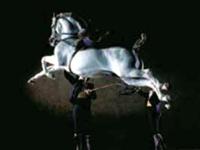 Right from ancient times as far back as the Celts Iberian Chieftains and the Romans, ownership of a GENETf (Andalucian Horse Breed) was the most glorious symbol of power

Right from ancient times as far back as the Celts Iberian Chieftains and the Romans, ownership of a GENETf (Andalucian Horse Breed) was the most glorious symbol of power, a tradition that continued and was maintained throughout history by kings and emperors alike. The horse enjoyed the reputation of being Europeôs ôideal horse for warô especially from the Renaissance to the end of the 18th century.

Changes in cavalry tactics, the disappearance of royal riding academies and the French Revolution of 1789 accelerated the decline of equestrian art in Europe and this magnificent breed would soon become engulfed in near total obscurity for 200 years.

The descendants of this horse, now known as the ôpura raza espanolaô are well known for their ability to learn the intricate steps of dressage and can be ridden or commanded by a trainer from the ground.

The real beginning of the turnaround for the Spanish horse take place at the hand of Alvaro Domecq Romero, a star in the bull ring, who changed the entire equestrian panorama of the PRE in Spain when he founded the Real Escuela Andaluza de Arte Ecuestre in Jerez.

While Portugal wish to maintain their own identity with their Lusitano horse, as used by the Military Riding School in Vienna, so does Spain with their Pura Raza EspaûÝola (PRE). Yet I hardly think that horses know the difference between political borders.

These horses are sstrongly built and compact yet very elegant. Andalusian horses have long, thick manes and tails and their most common colour is grey, although they can be found in many other colors. They are known for their intelligence, sensitivity and docility.

They are the ideal horse for exhibiting some of the most intricate dressage movements, which combined with some of the movements that used to come handy in battle, can now provide a unique performance to the sound of music.

The patience and skills of trainers specializing in an outstanding display of pure horsemanship is a memorable experience well worth watching when visiting Andalucia. 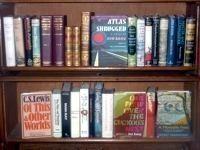 This month's Book - A Tangled Web