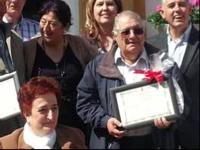 Foreign residents acknowledged for their contribution to local society and their integration.

Totally unexpected, I received a phone call from the local council asking me to attend a presentation at 11 am the next day on the occasion Manilvas Cultural
Week.

I really did not know what to expect and when I got there I was personally greeted on the door steps of the Manilva Ayuntamiento by, none-the-less, the Mayor herself Dña Antonia Muñoz who welcomed me in good old Spanish tradition to inform me that I was to receive a diploma in recognition of my 15 years in Sabinillas and for the work I did in creating the Web Express Magazine and Portal right here all those years ago.

The occasion was in fact a public recognition of foreign residents who integrated into the Spanish way of life and made a noticeable contribution to Manilva.

In addition to myself, there other candidates received the same accolade Garry Walters of The Resident, John Chappell for his contribution to improvements
at Los Hidalgos and Malcolm Sexton for launching his travel website.

This was also an opportunity to meet other members of Council such as Eva Galindo and Diego Urieta. Of course this was just part of the whole ceremony; various other presentations were made but what is important is that certainly this occasion marked an official public recognition of contributions made by foreign nationals residing in the area. 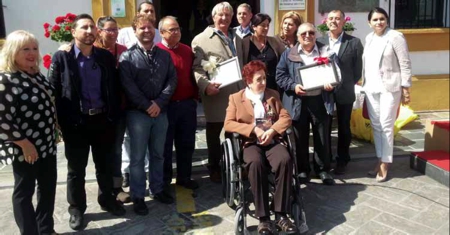 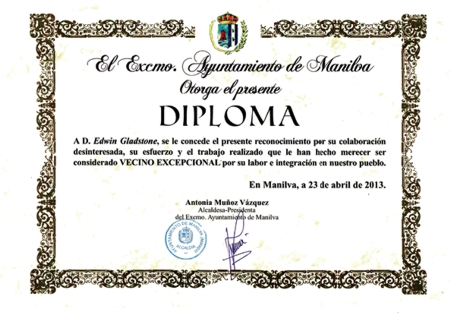 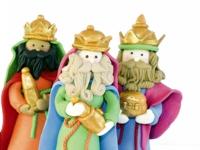 Convert your photos to paintings on Canvas