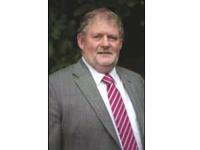 The potential cost of non-disclosure of overseas assets by Spanish tax resident expats could be up to 130% of the value of the assets themselves - by Richard Alexander Dip. PFS

Any assets held overseas should be considered and where the value of these exceed 50,000 Euros in one asset class, they need to be declared by 31st March 2013 to avoid the potential tax and penalties, which the Spanish authorities could levy.

These new rules took effect from 1st January 2013 with a requirement for non-Spanish assets to be declared between that date and 31st March 2013. Disclosure is necessary when the total value of an asset class exceeds 50,000 Euros, so for example, if you have 3 bank accounts offshore, each of which have a balance of 20,000 Euros, dont be fooled into thinking you are below the threshold because you are not. These are all assets held in the same asset class and are aggregated
for disclosure purposes and you will need to provide account numbers and details of the amounts held in each account as at 31st December 2012 or the average
balance over the last three months of 2012 if higher.

The different asset classes can broadly be identified as being cash on deposit, real estate, stocks & shares and collective investments. Be careful though, because if you are named as the beneficiary to any trusts, these amounts will also need to be declared because the Spanish legal system does not recognize trusts as having any legal status of their own and will look through the trust to see who the beneficiaries are.

The need to declare this information comes at a time when the Spanish tax authorities are seeking to tax Spanish tax residents on their worldwide income and to levy heavy fines when they discover that assets have not been disclosed. There is no time to delay with dealing with this matter and if you have not already done so, you should speak to your tax advisers in Spain to ensure that you are fully compliant with these rules.

With these new requirements, you should also focus your attention on whether your investments are held in the most appropriate way. For example, if you have money on deposit, which you do not need on a regular basis, either for capital or income, then the interest that you earn as a Spanish tax resident, should be declared and tax paid on it. However, by investing in a smarter way, you can avoid the need to pay any tax until such time as you draw down some of the money.

This is not complicated financial planning but simply using some tried and tested, Spanish tax compliant investment vehicles, which are designed to defer tax until you make a withdrawal. 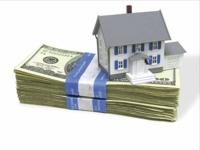 A crisis means OPPORTUNITIES
In times of crisis there can always be a silver lining. By the Count De La Perrelle.
Is Big Brother At The Tax Office Watching You?

Ever Thought You May Be Paying Too Much Tax?

Sell In May and Go Away!!