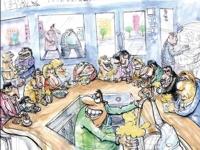 ItÂ’s a known fact, I am sure there is a scientific term for it, that the average hard working Â“BritÂ” reaches a certain age and suddenly develops an almost obsessive urge to buy and run a bar in Spain. - By the Prickly Pair

The more intelligent push this obsession to the back of the minds and content themselves with merely looking up a few Â“bargain buyÂ” or Â“goldmineÂ” or Â“excellent investmentÂ” Spanish bars on eBay. There are however the weaker willed, slightly crazy, daft b*****ds who actually go out and buy one! Before you know it, that cockroach ridden, fly infested, health hazard on the corner, that Jose has been trying to pass on to any gullible twat since Franco turned up his toes, has suddenly become the newly named, no expense spared, latest new Â“English BarÂ” in town.

Back in England, if you want to own or even just run a pub, licensed hotel, wine bar or in fact any premises that require a full Â“on licenceÂ”, the law requires that you attend a whole plethora of cour es and drinks licences are no longer given out Â“willyÂ–nillyÂ”. Quite stringent checks are carried out on anyb dy applying, so if Â“Sweeney ToddÂ” can no longer get a licence to run a public house in England, yet the devil still rides him/her to become Â“mein hostÂ”, itÂ’s only natural that his/her thoughts will eventually turn to Â“little BritainÂ” on the Costa del Sol, Spain. To be fair, there are a few British bar owners, who ran pubs back home, on the whole
these people make equally as good a job of it in Spain as they did in England, but for every Â“professionalÂ” landlord there are three ex lorry drivers, hairdressers or road sweepers chancing their arm at it.

The first and most obvious obstacles encountered by these entrepreneurial half-wits are the language, buying the bar, doing it up, getting fliers printed and finally throwing open the doors to the hoards of well behaved, pay for every round, go home quietly customers you are sure you are going to get. All of this can be done without having to utter a single Â“por favorÂ”. However, sooner or later, a Spaniard or two are going to wander in, order a Â“wikkyÂ” and cover your new floor in sunflower seeds. Well, this is Spain, after all! The very sight of a Spaniard should not fill you with fear.

Mind you, fair play for the landlord of my local, whom I must mention, I will however change his name to protect his identity from other landlords who may or may not call him a Â“creepy swotÂ” ,so for his own good he will be known as Pete.

Pete went and enrolled in a Spanish course and, eight months down the line, although he will always sound like a Â“p***kÂ”, he does know his way around a Â“wikkyÂ”, if a Spaniard should happen to stray in to his delightful little watering hole. Where Pete has also made a success of Â“his barÂ” is in introducing a regular quiz night and sticking at it.

A lot of other English bars have tried this in the past and given up after a while, but our Pete has stayed with it and now he has the busiest bar on a Wednesday possibly in the world. Although I put down part of his success to the man himself, Pete is, shall we say not the most patient of men, and, you know the old adage Â“I donÂ’t come here to be insultedÂ”, well I am convinced that on a Wednesday at Â“his barÂ” people actually do!

So whatÂ’s the moral of all this? If you canÂ’t fight the urge and do buy a bar in Spain enrol in a training course before you get here, learn Spanish and provide your customers with some form of entertainment or take a leaf out of PeteÂ’s book, be very, very angry! 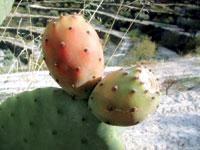 So, you wanna talk about it?
What is it about a recession crisis that brings out a whole bunch of people who are suddenly experts on hw we can dig ourselves out of the current economic stuation?
facebook V faceoff

Is there life in 'Marbs'? ask the Prickly Pair

When I am Prime Minister