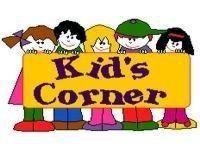 Some news and information of interest like the humand body exhibition in marbella, museum in Estepona and a little more

Well, if you go to school in England you would have started your term early in September, unfortunately for those in Scotland it would have
been much earlier in August. 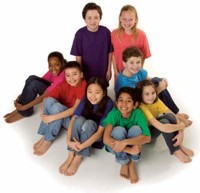 Private international schools on the Costa also start in early September, whereas Spanish students seem to have the longest holidays lasting until the 17th/18th September.

University for students in the UK has become a serious expense. Those who started last year will end up with a final bill of around £26,000, but those starting this September are being hit with the new fee regime and could face bills of nearly double in total. An alternative might well be to go to university in Ireland where the tuition fee is £1,760. Denmark and Norway both offer free tuition to students from within the EU, but the cost of living is much higher. The advantage is that the tuition is in English but some are significantly tougher than in Britain. Underperformers are can soon be weeded out.

Although summer is now over, there are still a couple of things on that you might like not to have missed, but you need to visit them before they close for the season: Games for Children, Charity Sardine Party & Football Tournament at the Municipal Statium in San Fernando on the 8th September from 5pm.

For parents who want to make sure their children are well looked after while they go out for their break they may need a Reliable Babysitting Service. You may call Typhaine at any time on 618 273 481, she personally vets all her qualified, experienced baby minders to ensure that they have good references and speak your language.

This is your last chance to see The Human Body Exhibition still showing at the Palacio de Congresos in Marbella until 15th of SEPTEMBER. See how the human body works; all human bodies and various organs on display are real and preserved with a unique rubberising process.
This fascinating exhibition is one of the most popular science exhibitions worldwide and has come to Spain for the first time. Not for the squeamish or the very young.

The Palaeontology Museum, at the Bullring in Estepona will remain open until the 16th September. See some dinosaurs and other pre-historic fossils.

Self Defence Classes
The ideal time to teach children to defend themselves in this aggressive world is when they are young. Tempest Kickboxing school teach children from age 5. Of course it is never too late to learn anything. You can enrol and join lessons given by a 5th Dan Black Belt Tempest Kickboxing Master and British Champion (Freestyle Karate) Avenida Myramar, Arroyo de la Miel Benalmadena Tel: 635068806
Email: p.wilson342@btinternet.com web: www.costakickboxing.com

PONY CLUB ESTEPONA & YOUNGER KIDS CLUB
Saturday Afternoon Pony Club for smaller children
What to do with kids on the Costa?