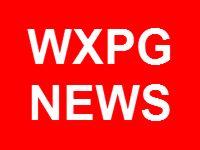 Web Express Magazine increase distribution. Do you believe in Tripadvisor? Footballers' wages are beyond comprehension. One small step for man, one giant leap for mankind. Ban on chewing Gum.

As the readers demand for our magazine seems to be on the increase again, we have decided to increase the print run accordingly. Hopefully this time we shall satisfy the demand? We could print even more but our pace is dictated by advertisers; after all we are offering a quality product free of charge!

I was glad to see an article about Tripadvisor on one of the local newspapers. I did quite agree! You cannot rely on the veracity
or accuracy of what is recommended. How can you possibly attach any credence to a website where anybody can freely express their own opinion and recommendations? This is just asking for abuse by the parties in question, their friends, their families and whoever they may make payment to. Why there are so many good restaurants, even some unheard of, is therefore of no surprise.

On the other hand a solitary comment by one client who has a bad experience (or has been put up to it) can hardly represent a reliable commentary about a restaurant or a hotel as a whole. As an example, I hardly think that a diner, who sprinkles Tomato Ketchup on his spaghetti, can express any opinion at all about cuisine.

Personally I am also wary of any restaurants and hotel guides where one has to pay in order to be included; the more you pay the larger and better is your entry. This is why there are Official and professionally recognised, impartial guides that need to be purchased or subscribed to, such as the Michelin Guide. Naturally there is always that excellent hotel or first class restaurant that may have been omitted from a guide but then you will find out about it anyway when you get there or even try it. Just use your common sense!

Footballers wages have risen by a staggering 1,200% over the last 20 years. Players wages now account for 70% of club turnover on average, up from 48% in 1997 and fans are paying the cost. Even the cheapest tickets have risen by 1,000% since 1989 while we have seen record levels of club debt and poor performances by the national team.

Premier League clubs have spent almost £5bn on players since the transfer window was introduced 10 years ago with this summers spending set to match last years figure of more than £450m. Chelsea is the biggest spender with £681m going on transfer fees. Manchester City (£572m) and Liverpool (£414m) occupy second and third place. (Deloitte)

Neil Armstrong, the first man on the moon, died aged 82. He was commander of the Apollo 11 mission that landed on 20 July 1969. As he stepped onto the lunar surface, he famously declared: Thats one small step for (a) man, one giant leap for mankind. (BBC)

Here is a lesson to be learned by our local councils in Spain. Chewing gum can lead you to a sticky situation in Singapore, where it is strictly forbidden. The law was introduced because it became difficult and expensive to remove stuck chewing gum from public spaces.

Borrowing on credit cards has shown the biggest decline for six years, according to the Bank of England. It said that credit card lending fell £147m in July, the first drop in three months and the biggest since 2006. (Sunday Times)

Introduction to Garcatri
Garcatri Deluxe Transport is an Estepona-based company owning the top fleet of deluxe vehicles.
Modern Jive. If you havent been yet, you dont know what you are missing.

Beware of Spanish POLICE on your SCREEN

The importance to tell the truth