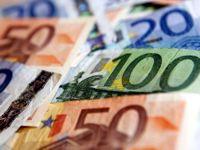 What now for the Euro?

With the recent election results in France and Greece starting to sink in we can see what the effect on various markets is shaping up like. By Richard Alexander Dip. PFS

Currency exchange rates are in themselves just another market but perhaps one which is not watched as closely as the world stockmarkets which usually grab the headlines!

Over the last decade or so, we have seen the continual decline of the Pound against the Euro, gradually sliding from around 1.50 Euros to the Pound down to almost parity at one stage last year. The current tourist rates are around the 1.20 mark but the 64 thousand dollar question is what happens next?

As with any market, if you ask three experts, you are likely to get three different answers and when you consider all the opinions, it is trying to take a view on what seems the most likely.

Ironically, despite the level of UK debt being higher than many other countries, it has retained confidence with the ratings agencies and markets alike and is, it would seem, becoming viewed as a safe haven currency and is hardening in value as a consequence. Whilst this is very good news if you are retired in the Eurozone and have UK pension benefits or other Sterling investments which you are using to create income to convert to Euros. Unfortunately, the flip side is that it puts more pressure on the UK economy as the cost of exports to the Eurozone are going up all the while and these account for around 40% of the total..

Some commentators are talking about the rate of exchange moving to something like 1.30 by this Autumn. When a currency overheats, it is often a reduction in interest rates which is used to lower the value but with base lending rate in the UK at only 0.5% already, there really is no room for maneuvre in that direction so it may be that something else will be done.

Last year we saw the Swiss Franc rise substantially to a point where the Swiss took action to devalue  will the Bank of England need to do something similar  we will just have to wait and see. In the meantime, what can individuals do to protect themselves from currency risk?

If you have income arising in the UK in Sterling which you convert regularly to Euros, make sure that you use the services of a Foreign Exchange specialist to get the best possible rates  these could be 2 or 3 % better than the high street banks can achieve.

If you have investments in Sterling which are providing you with income, you could consider changing the currency at some point, particularly if the Euro continues to weaken  timing as always is difficult to judge but talking to the foreign exchange company could help you decide. If you have Euro based investments, now is probably not the best time to move wholesale into Sterling but you could consider phasing a transfer if your plan is to return to the UK.

Above all else, before making any decisions, take advice from someone qualified and experienced enough to give you a candid view of your options and the best course of action to follow. 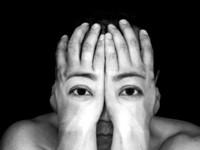 Leaving the fear factor out!
I was asked a question the other day about why so many advertisements by financial firms are based on fear and I had to admit that this does often seem to be the case. By Richard Alexander Dip. PFS
Cash in the Attic!

My Life as an Independent Financial Adviser

Opting out of Income Tax: Dream or Reality?