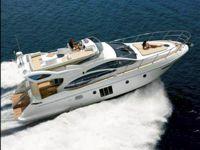 Andalucia and the Costa del Sol, Shabby or Chic?

With summer 2012 on the way, many British people who live here either full time or for part of the year have asked, what is there to do on the Costa del Sol? Especially it seems when they have friends or family over to stay.

Well┬ģ┬ģ┬ģ To be frank, there is a plethora of things to do. The Costa del Sol is a big place made up of many resorts, towns and villages. The city of Malaga is at its heart with an excellent modern infrastructure including good public transport and a very pleasant climate.

The 1970┬Æs reputation of the area still lingers with its tacky resorts, high rise Hotels, tacky souvenir shops, countless Expat bars selling English breakfasts and Karaoke just about on every corner! All this is still true to some extent, the Costa does have its fair share of all of this however, the Costa del Sol also has many refined areas as well and is full of culture, architecture, decoration and some of the most spectacular landscapes.

All along the Costa there are the most beautiful and delightful places to visit. For goodness sake, there is so much more to do than ┬æfind a bar, order a jug of sangria and burn in the sun till the late bars open.

In Andalucia especially, parties or fiestas as they are known in Spain, are a way of life! All these parties are certainly not just for the tourist trade as they are an intrinsic part of the Spanish summer. For example the festival of ┬æSan Juan┬Æ in Andalucia, is celebrated on the night of June 23rd with some towns, such as Almu├▒├®car, in Granada, allowing the beaches to be used as campsites for a single night.

On the beaches of Malaga it┬Æs common to see people jumping over fires which, according to legend, cleanse the body and
the soul. Jumping in the sea at midnight is supposed to be a way to wash away evil spirits.

With miles of amazing beaches and a sun kissed climate to go with it, the Costa del Sol is popular for sun lovers and beach holidays, but always remember that there is also another side to it! Just move away from the Coast and just a little inland and you can experience a new meaning to the Costa del Sol. This is where Spanish tradition still thrives!

The Inland Rural Costa del Sol is very popular with Golfers, there are more than 50 golf courses in the region, there are also some superb towns and villages to visit, every town has its own character and of course, it┬Æs own variation on night life! There is also horse riding, quad Biking, trials biking, off road adventures, hiking, rock climbing and much more all this is available to enjoy  on the Costa del Sol in Spain!

There is something fantastic and magical about the Costa del Sol and the Andalucia region of Spain, from the ┬ælaid back┬Æ feel, to the hospitality of the Andalucian people. Many people love to return to the Costa del Sol, year after year, not just to enjoy its sun drenched beaches, nightlife and ambience but also to enjoy the quality of life that can be found with just a little investigation.

Since Franco's death, Spain, as an active member of the European Union, has experienced a dramatic improvement in the standard of living. The poverty of the Andalucian countryside has been largely eliminated and its people have regained their pride
in the local culture, which flourishes alongside the benefits of improved roads, modern health care and high-tech infrastructures.

The romantic image of Andalucia, in spite of progress, is still very much a thing of the present.
Here are some ideas┬ģ

You have not really been to Spain until you have been to Andalucia, an area steeped in Spanish tradition, with some
Arabic influences and a perfect holiday climate. Whatever you decide we hope you have a wonderful time.
So the choice is yours┬ģ┬ģ┬ģShabby or Chic

Rent a Bike in Marbella
High quality mountain, road and city bikes as well as kid┬Æs bikes and child carriers.

The Fuengirola Zoo
It resembles an island because there is an abundant use of trees and plants, and one does not see any of the bars that separate humans from the animals on display.

La Carihuela, Torremolinos
Historic neighbourhood that used to be the fisherman┬Æs district

Caves at Nerja, Nerja The caves are really marvellous; huge and spectacular, by far the most interesting sight we saw on the south coast. Don┬Æt miss them.

La Escuela de Arte Ecuestre
The School of Equestrian Art Costa del Sol is one of the most notable and renowned equestrian centres in Spain.

Benalmadena Costa
You will find diving courses for all levels 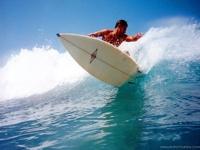 A bit of surfing for you!
A selection of various websites that may be of interest or just curious.
Site Seeing