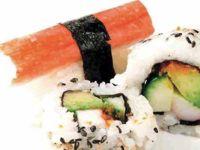 Marco Polo is said to have introduced noodles into Europe and they became Spaghetti!

This is why a respectable Chinese Restaurant like the Slow Boat in Puerto de La Duquesa can also offer a Japanese menu. The Slow Boat is a family restaurant well established in Puerto Duquesa for over 20 years.

Japanese cuisine has developed over the past 2,000 years under the influence of China, but in the last 300-400 years Korean and other Far Eastern cuisines have fused into what is now known as Japanese cuisine.

The Japanese have evolved their cooking into a unique art form that takes a chef years to perfect, resulting in delicate and intricate preparations with a distinct aroma and taste. This is the main reason why a Japanese chef is in charge of the Slow Boat separate Japanese Kitchen.

Although Japanese cuisine is usually associated with raw fish, this is not entirely true; not all fish is served raw, for instance I am sure you must have heard of TEMPURA, fish and any other vegetables deep fried in a special light batter to give a very delicate and exquisite appearance as well as taste. TEPPANYAKI refers to the many dishes, usually meat and vegetables, cooked using a teppan or hot plate.

The variety of recipes and cooking methods is just as vast as any cuisine. Bearing in mind that Japan is an island and the largest fish consumer in the world, naturally you cannot go to a Japanese restaurant and not at least try SUSHI, and MAKI-SUSHI.

I remember the first time I tried it years ago, I thought I could never bring myself to have it touch my lips, however having tried it at the insistence of my Japanese host, I got so hooked on it to that now I even crave for it and go out of my way to get some.

I am so addicted that I even go for SAHIMI which consists of thin slices of raw fish on their own as opposed to the others which are prepared with rice. In Dec 2004 (Nº 54) I wrote an article about the differences of sushi and the others. You might like to read it online at http://www.webexpressguide.com/costadelsol/article.php?art_id=7&id=766.

I am delighted that the Slow Boat has added this delicate cuisine to the fantastic Chinese and Thai Menus. This Makes the Slow Boat one of the best Far Eastern food restaurants on this Costa and most certainly the best in this area, offering the best of 3 cuisines at the best prices.

The magnificent view of the Port, the parking facilities, the caring service provided by the waiters as well as John, the owner are the added bonuses that few restaurants can offer. 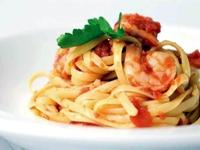 Taste to believe!
To believe the taste of real Italian food, you have to eat at La Pappardella in Estepona
La Dolce Vita" in Torreguadiaro is under new Management

Mumbai Palace India by the Sea