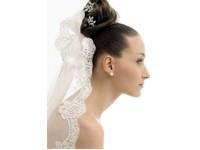 "Getting married in AndalucĆ­a, Spain, a land so rich in history and colour, the possibilities for a dream wedding are practically limitless". Says Count De La Perrelle

Weddings can be enormous affairs in Spain in fact you are likely to find the whole extended family from all over the area and beyond, and the entire village is likely to turn out to celebrate. Expect at least 200 guests at traditional weddings (bodas). Some of the customs are similar, such as throwing rice, but there are others which will be less familiar to couples from the UK.

As is usual with most social events in Spain, Spanish weddings start late, in fact it is not uncommon to have a 7 p.m. start and a very, very late finish (or early, depending on how you look at it). The use of the mantilla (Shawl) as an everyday accessory goes back to the XVII century, it is now making a comeback today as part of a young brideĀ’s wedding attire and brides who want a traditional wedding today are opting to wear the traditional lace mantilla instead of a velo nupcial (wedding veil). It can trail several feet behind her traje de novia (wedding gown).

A traditional wedding custom consists in the groom presenting the bride with 13 coins known as arras (unity coins), this represents his commitment to upport her. TodayĀ’s brides and grooms however exchange the coins as a symbol of the wealth and finances they will evenly share. Unlike the UK, in Spain, the alianza (wedding ring) is worn on the ring finger of the right hand.

Interesting differences in traditional Spanish weddings are that there are no bridesmaids or groomsmen with them at the altar and the couple stand together alone. Also there is no Best Man or Maid of Honour. The groomĀ’s mother accompanies him down the aisle.

At the reception, the Top table is traditionally set for six persons: the bride, the groom and their parents. It is not normal for anyone to give a speech. Mind you with the influence of Hollywood movies, things are changing.

Spanish weddings can be quite noisy with plenty of loud firecrackers all going off as the happy couple emerge from the church. Rice is still traditionally used and flower petals are also a favourite. During the banquete de bodas or convite (wedding feast/reception), the bride and groom circulate around all the tables carrying a basket with small detalles (wedding favours). These are to hand out to ach and every guest. Men are usually offered a cigar or a minibottle of wine and the women a little gift, perfume or suchlike. This is the time when guests also Ā“hand backĀ” the preferred wedding gift: money, in sobres (envelopes). It is not unknown for couples to send out their bank details along with invitations.

Cutting the groomĀ’s tie into pieces and then auctioning it off for good luck is still actively practiced today by the groomĀ’s closest friends. Days after the wedding, the newlyweds present their Acta de Matrimonio (Marriage certificate- for a civil wedding) or their Libro de matrimonios (marriage book - for a religious church wedding) this enables them to receive their Libro de Familia, where their childrenĀ’s birth will be recorded, hence the name, Ā“Family BookĀ”.

Gentle words of warning: Spanish law recognizes both civil and religious weddings. However, Spanish Weddings are renowned for their red tape. If the bride and groom are not residents of Spain, then it may be possible to marry in the capital Madrid. However, allow anything up to 8 weeks for Spanish officials to approve any marriage application. Legal documents must be translated into Spanish and authenticated. If you wish to Ā“Do It Yourself Ā” it is important that either you,or someone who is willing to help you, is fluent in Spanish. Contact your Embassy who may advise you on various protocols and any possibility of marrying outside of Madrid. Obviously if one or both parties are Spanish residents then there will be greater flexibility as to where you are able to marry. 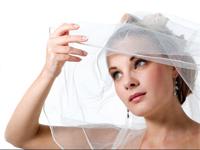 A wedding to remember!
Film stars do it! Get married abroad and make everyone remember your wedding!
Make a dream come true!