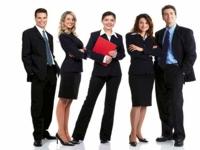 ┬ōWhen in Rome, do as the Romans do; when in Spain, try to do as the Spanish do┬ö.

It┬Æs good to know what the Spanish way is - by Count De La Perrelle.

Over the years that I have lived and operated businesses in Spain I have noticed that the English tend not to take notice of the Spanish business culture. There are important points to note when doing business with Spanish Clients. Even when you can┬Æt always do things the Spanish way, it┬Æs good to know what the Spanish way is.

But what do they do in Spain exactly? What is business etiquette in Spain? Perhaps the following will help.

Meeting and Greeting in Spain
If you can, follow someone else┬Æs lead, but be prepared to shake hands, exchange a kiss on each cheek (start with the right cheek; this is also known as dos besos, literally ┬ōtwo kisses┬ö), quick embrace and/or backslap (for men). When in doubt, just stick to a firm handshake.

It is common to greet and acknowledge people you meet as you move around an office. When you enter a lift greet the occupants with ┬ōHola┬ö or a ┬ōBuenos d├Łas┬ö or ┬ōBuenas tardes┬ö. Say ┬ōHasta luego┬ö or ┬ōAdi├│s┬ö when you leave. It is polite to greet the security guard or the portero (literally ┬ōdoorman┬ö or ┬ōporter┬ö) at the entrance to a building, don┬Æt forget staff in shops and restaurants.

Business Dress in Spain
Most Spaniards dress impeccably for business, often fairly formally. Their outfits are well put-together, often perfectly color-coordinated and accessorized. Even when the dress code is relaxed, Spaniards will
always look clean and neat and dress stylishly. Men can never go wrong with a well-tailored suit.

Spanish men may wear a greater variety of colors and patterns than in other countries, but the range still doesn┬Æt come close to Spanish women┬Æs fashion. The most common men┬Æs accessories are a good watch and a gold wedding band. (Note that the wedding ring in Spain is worn on the right hand, except in Catalu├▒a.)

Women often wear smart, high-quality skirts, dresses or pantsuits, with stockings being de rigeur in fall and winter. As in other countries, dark colours and heavy fabrics prevail in winter, light colors and lightweight fabrics in summer. Besides the ubiquitous jewelry, scarves are common accessories and high-heeled shoes are the standard.

Meals and Table Manners in Spain
Meals are an important opportunity for building relationships, which are so essential to business in Spain. Try not to decline a meal invitation, if you can.

Spaniards eat ┬ōcontinental-style┬ö with both knife and fork at the same time. (No American-style ┬ōzigzag┬ö or ┬ōpiecemeal┬ö dining for the Spaniards.) They also keep their hands visible and on the table at all times. It┬Æs considered rude or foreign to keep your hands on your lap.

Meals are relaxed affairs accompanied by good conversation. Don┬Æt rush things. Do not be surprised if the meal is followed by a digestif. Pachar├Īn, the Navarrese liqueur made from sloe fruit, is a common digestif. Always leave plenty of time for sobremesa, or conversation after the meal.

Many Spaniards don┬Æt work on Friday afternoons either, so don┬Æt plan on scheduling meetings or business during that time. Also be aware of the day or days preceding or following a holiday (d├Ła festivo). Spaniards may take this time off to create an extended holiday known as a puente (literally, a ┬ōbridge┬ö).

For a meeting, Spaniards may be a few minutes late. This is normal and don┬Æt think anything of it. You, however, should not be late. As a foreigner, you may be held to a higher standard.

Use of Personal and Public Space in Spain
Spaniards generally need considerably less personal space than certain other nationalities, Americans in particular. Try not to inch away from the person you are speaking to as this is considered rude.

The untrained eye may think it sees an unorganized group of Spaniards standing around in a shop for no reason. But actually they are in a queue. Spaniards do not physically stand in line, they have a sixth sense about who arrived before them and who arrived after them, instantly knowing when it┬Æs their turn. Do ask who is last when you arrive. Spaniards are not afraid
to complain loudly if someone should ┬ōcut in line┬ö.

When in doubt, the best rules of business etiquette in Spain are to ask a Spaniard, if you can, or use your best judgment. Trying a little can go a long way. Hope this helps. 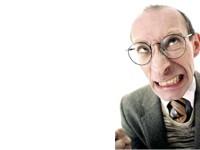 How to deal with difficult Clients and negative attitudes in business
I have received much feedback about my short articles on this page during the past few months and a great deal of the concern is how to deal with difficult Clients. By Count De-La Perrelle
Treating the customer as a nuisance is not conducive to good business - by Count de la Perelle

Living beyond your means?

No income tax, No vat, No money back, No guarantee