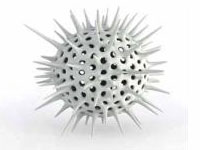 Beware of Spanish POLICE on your SCREEN

I was quite happily surfing the internet looking for a specific bit of useful information when suddenly the screen froze and a message appeared, supposedly from the Spanish Police, stating that I had been caught out downloading and storing pornographic material of paedophilic nature.

I cant tell exactly what innocent looking website caused this but In order to release my computer I was instructed to pay a multa of 100 with my credit card, giving details to include my pin number. BEWARE, this is an Eastern-European scam. Do not give any credit card details, unless you want to empty your bank account.

The same problem has been detected in the UK where the message is headed from the Metropolitan Police. Do not be embarrassed to call for computer help; this is a nasty piece of work and if it happens to you do not panic, just give us a call at Web Express Guide, we can free your computer and kill the bug, nine times out of ten without losing any stored information.

The number of bars and restaurants back to levels of 15 years ago A recent bulletin received on 28th February advises that according to Nielsen Yearbook 2012, the hospitality industry has lost some 12,000 outlets in Spain in the last three years because of the economic crisis.

From a peak of about 232,000 premises in 2008, the number was reduced to about 220,000 at the end of last year, back to 1997 levels. Some 3000 establishments disappeared in the course of last year alone, not forgetting that the hardening the smoking ban has not helped.

According to the report, the crisis is directly responsible for the shift from hospitality industry to home consumption of beverages. 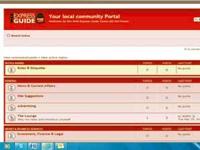 THE WEB EXPRESS GUIDE FORUM
The Costa del Sol Forum is sponsored by Web Express Guide. Join the Forum.
The importance to tell the truth

Two sets of glasses for the price of one from 79.00

Sergio Pardo wins 12.500 at the VIII stage of the Casino Marbella MCP