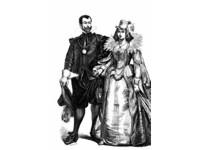 A little history of Fashion

The leading fashion centres of the world throughout history.

Traditionally, there are four main fashion capitals known as the big four: London, Paris, Milan and New York City. These days however, the famous four is often extended and includes other cities, such as Rome and Tokyo. Interestingly enough, the famous four are not always at the top of the list, for example in 2009, Rome came fourth and London fifth, and in 2010,
Hong Kong came second and Milan placed itself sixth. Los Angeles has also been listed as fifth many times. In 2011, London was listed as the top fashion capital of the world.

Throughout history, several cities have taken turns at being the fashion capital. In fact during the Renaissance era,
different city-states, in what would become modernday Italy were Europes main trendsetters, these cities exerted a great deal of cultural power during that time. Cities such as Florence, Milan, Rome, Naples and Venice.

As we progressed into the late-16th century, the influence of the Elizabethan era, the English Court in London caused London to become a major city in European fashion. Also, due to the power of Spain during this period, the Spanish Court influenced fashion, making it a major centre.

In the 17th century, as the Renaissance started to fade away, with the power of the French court under Louis XIV, Paris established itself as Europes main fashion centre and remained the worlds fashion capital until the 1960s and 70s. In the Victorian era, with the powerful British empire, London also became a major fashion centre, although it still looked up to Paris for ins iration on style. Throughout the 20th century, New York City grew as a fashion capital. During the 1950s, Florence re-emerged as a leading city especially in haute couture.

The complete dominance of Paris in the fashion world lasted until the 1960s, when other cities rivaled the dominance of Paris with regards to haute couture. In the 1980s, however, Milan, with its modern look its everyday practical chic and minimalistic fashion houses, also emerged as one of the leading fashion capitals of the world.

Since then, London, Milan, New York City, and Paris have been the leading cities in global fashion, making up the famous four and remain the main fashion cities in the world due to their history. 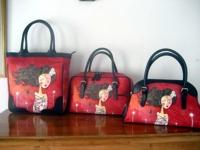 Pair up the Accessories for a fabulous holiday season